Interesting enough, I got an email reads

That reminded me that I was listed as Employee ID #2 of the famous fiction Adventure Works in the sample database of Microsoft SQL Server 2000 and all versions after that. In that sample database, I appeared as Engineering Manager with few other people reporting to me, and I reported to Employee #1,  Terri Duffy. To find out more, you can just do a query in any Microsoft SQL Server after 2000.

How come? The person was me. I remember I signed a lengthy legal form to release my name for use in future Microsoft product in sample database. I am sure that most of the names listed in the sample databases are actual Microsoft employees at that time.

So, besides the things I have done, I am also a fiction employee of the fiction famous company that lives only in the database of millions of copies of a piece of software around the world.

To answer the question why my name is entered as "Jian Shuo Wang", instead of "Jianshuo Wang", here are some articles I wrote about it.

I briefly explained why I didn’t have English name (Jason Wang seems to be closest choice), and why I started to us Wang Jian Shuo since 2008 instead of Jian Shuo Wang. For the first name, I used Jianshuo (connected to form a single word) most of the time in early days of Internet, and then started to spell it the current way (with a space in between, and capitalize the S), because I feel it is the way to reflect my Chinese identity better. There are three characters in my Chinese name, so should the English counterpart.

If I sent this link to you, I want to say 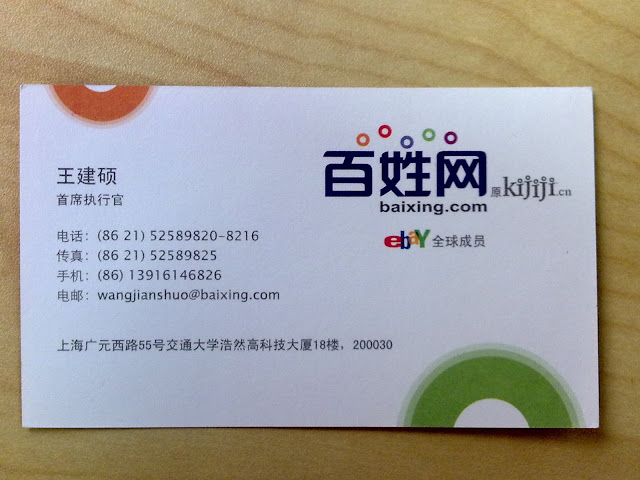 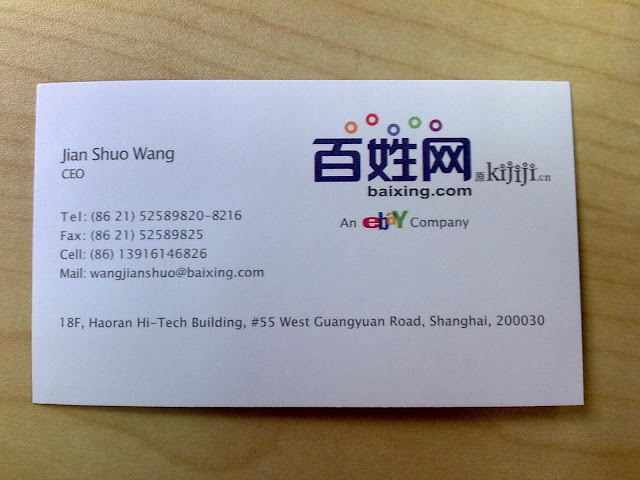 If you just discover this link by yourself, continue to read about why I posted this.

Sometimes, I went to meet with people only to find out I didn’t bring my name card. I promised to send to them later, and most of time, I did. The interesting thing is, many of them, we know each others’ contact information already (like email and mobile phone), but just feel the need to exchange a card to get complete information (title is one of this information that we seldom directly ask). So I take a picture of my name card (two pictures for both sides) and post it online. It feels better to see a real name card than VCard.

Invited by Cong Yu, I am not a PC (Programme Committee) member of World Wide Web Conference 2009.

Obviously, I am a big fan of the Internet (World Wide Web). It has been part of my life since 1996. I thought about a lot of (not-so-great) ideas about Internet, and am still in this industry.

WWW Conference, as a key event for the WWW society has been well-known. Below is from the WWW2009 website:

On the 20th Anniversary of the Web, Welcome to the 18th International World Wide Web Conference.

The World Wide Web Conference is the global event that brings together key researchers, innovators, decision-makers, technologists, businesses, and standards bodies working to shape the Web.

Organized by IW3C2 since 1994, the WWW conference is the annual opportunity for the International community to discuss and debate the evolution of the Web. The conference will feature a range of presentations on world-class research, as well as stimulating talks, workshops, tutorials, panels, and late-breaking posters.

WWW2009 seeks original papers describing research in all areas of the Web covering the implications of ubiquitous access to the Web through the “three screens” – computer, phone, and TV – and how such Web access will change the way we live, work, and interact in the future. Accepted refereed papers will appear in the conference proceedings published by the Association for Computing Machinery (ACM).

Topics of discussion will include Browsers and User Interfaces, Data Mining, Industrial Practice and Experience, Internet Monetization, Mobility, Performance and Scalability, Rich Media, Search, Security and Privacy, Semantic / Data Web, Social Networks and Web 2.0, Web Engineering, XML and Web Data. The conference will also feature plenary speeches by renowned speakers, and tracks devoted to developers and to recent W3C activities that are of interest to the community

I will be on the Deverloper Track Committee. Interestingly enough, this is the first time I participate in a real international event. Previous events are pretty related to China, and United States only.

I will be involved in reviewing the submitted paper. I MAY think about going to Madrid, if I am not extremely busy next April.