The day tour from Guilin to Yangshuo was by no means a pleasant trip. I don’t like the boat – with 100 people packed into the lower deck, and the bus picked us from the hotel to the pier turned out to be a tourist group, which means we were pushed into the sourviner market before we get on board the boat. 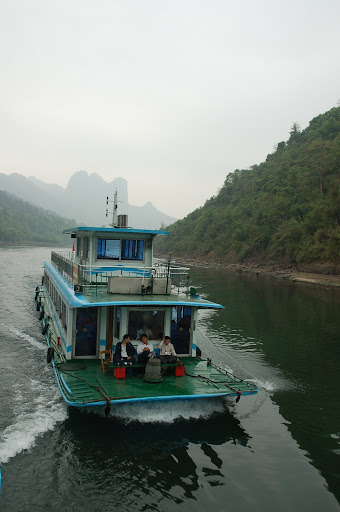 Photograph by Jian Shuo Wang. The boat – obviously, it is another boat, but ours is similar. 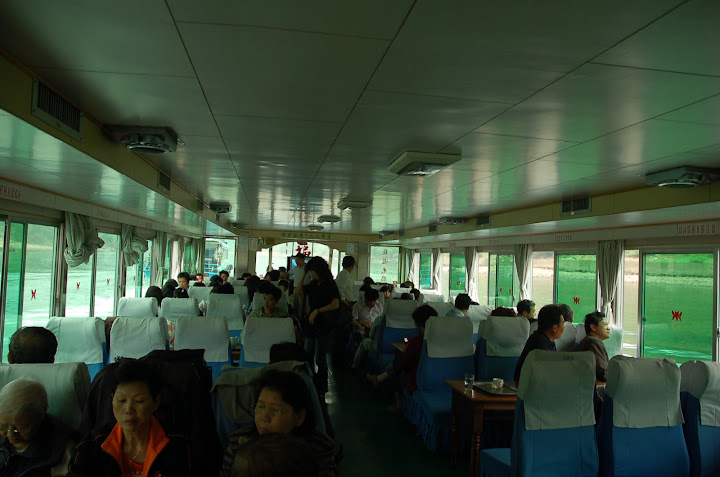 Photograph by Jian Shuo Wang. The lower deck of the boat 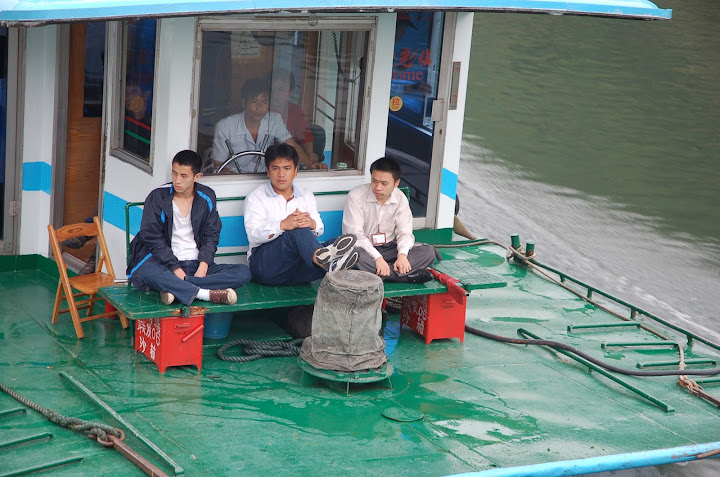 People smokes, and the free lunch is terrible. BTW, we didn’t expect it to be good when we got on board. Wendy and I had the same comments as we had in Xi’an many years ago: “Why they cannot make it service, the environment or both a little bit better?”

Before I seek for the answer, let me get a little bit off topic and talk about another similar phenomenon.

On TV, we sometimes see really annoying TV commercials, like those by Naobaijin 脑白金. Everybody hates the simple, ugly and silly commercial, but it is still on almost all TV station, just as it appeared 10 years ago. Meanwhile, the TV commerical also boasted the sales of the product like crazy.

Many experts request to ban the commercial, but all in vail. They are pointing figures to Naobaijin about the annoying TV Commercial.

Well. I think the other way. I believe they have been using it for 10 years, and the company is a huge success in China, that means the commercial has been very effective. Many different versions have been tested, and this version was proved by sales to be the most effective version.

If that is the case, it is the audience who are not maturely enough. We need to build a mature consumer base before we ask advertisers to change. I am very sure that if the audience grow more mature, the commercial will.

The Service is Bad Just Because Customers Wanted

It is the same. I am not happy, just because I am still not the mainstream tourists. Maybe I should still go to Sanya, not popular points of interest, like a boat on Lijiang in Guilin. The service level the boat provides must have been adjusted to the need. It takes time.

Now, Shanghai has better public transportation system than 10 years ago. It is not only the improvement of the public transportation companies, it is also the improvement of the riders that made the change. Think about the ticket price – from several cents to 2 RMB (1 RMB bus still remains relatively lower service level). If customers are willing to pay more, the service surely will improve.

The point gets back to the choice: Better service v.s. Higher Price. If the majority of people choose the later, the service quality surely will improve, but, it takes so long time, especially tourist industry. It needs the whole country to get richer, and richer…

I enjoyed the cruise in Sydney, and I liked the bus tour of Great Ocean Road in Australia – but think about the price we paid – much much higher than the cruise today.

So, I just want to stop complain and get back to the basics of understanding: It is not a service level problem. It is just an economic problem. When people get richer, most problems are solved.

P.S. Ironically, most of the people on the boat liked the trip. I chatted with someone, and he said the highlight of the trip was the sourviner market… See? Customers shapes the service, and I am just not a “typical” customer, and you, my readers, maybe are not, either.

8 thoughts on “Customers Wants Service to be Bad”