In this Olympic Game, as in many previous Games, China dominates in the Table Tennis – with 4 gold medal:

It is not by accident since Ping Pong is really one of the most popular sports in China. I have been playing Ping Pong for many years, and tomorrow we will have a Ping Pong game within the company, after we have “friendship game” with other companies before.

Here is the Ping Pong table we placed in our lobby: 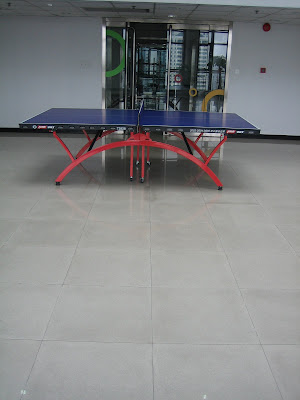 9 thoughts on “Table Tennis is the National Sports of China”