The show was designed to be the highlight of the trip, because of several reasons:

Hmm… What is my impression? It is very hard to say.

I did a rough calculation. The ticket price is 188 RMB (or 130 RMB if you get it from tour guide). And there are much more expensive tickets like 380, 680 RMB. There are one to two sessions per day. Every time, the theatre of 2000 people is full.

Let’s say, the performance gets 100 RMB per person net on average, and there are 1.5 performance per day, that is 300,000RMB per night, which is 109 million RMB per year. That is a huge number for a theatre in a county!

The theatre is big – 2000+ people. To my greatest surprise, it is fully packed today. We got a very bad seat at the corner of the second row. I was told that when the show starts, I can change my seat if there are open seat. But, there is no any available seats… It is quite amazing. 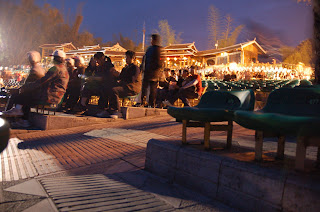 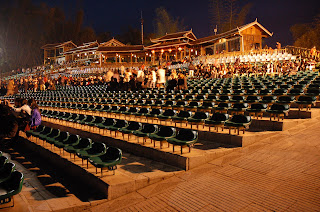 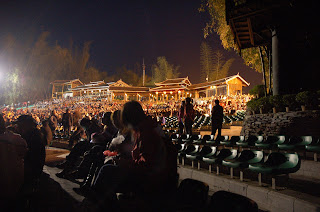 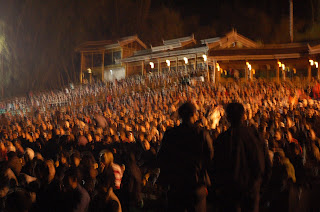 The Show is…. Generally Good

Disclaimer: It is allowed to take photo during the show (it is not a theatre anyway. We were at the river side, and among the mountains) as long as no flash is used. 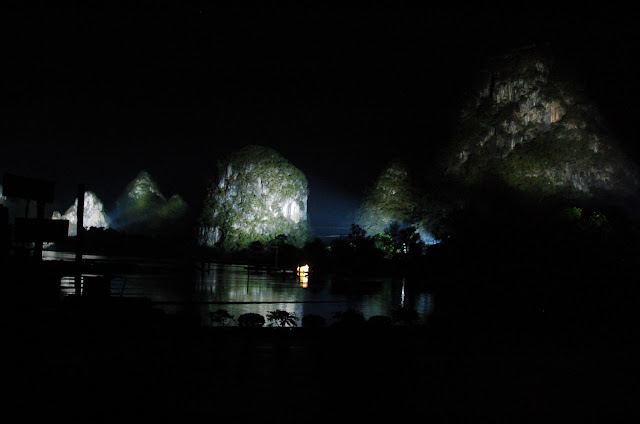 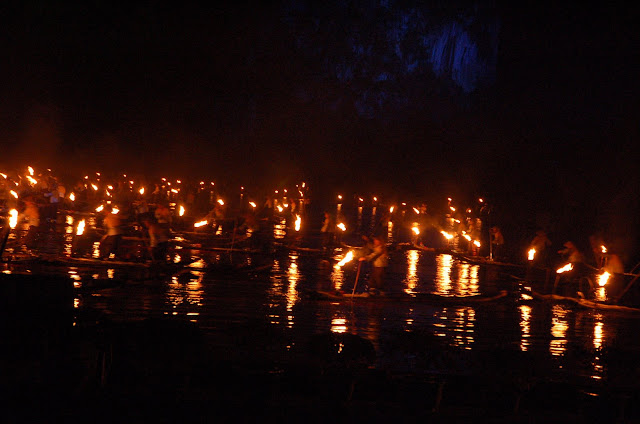 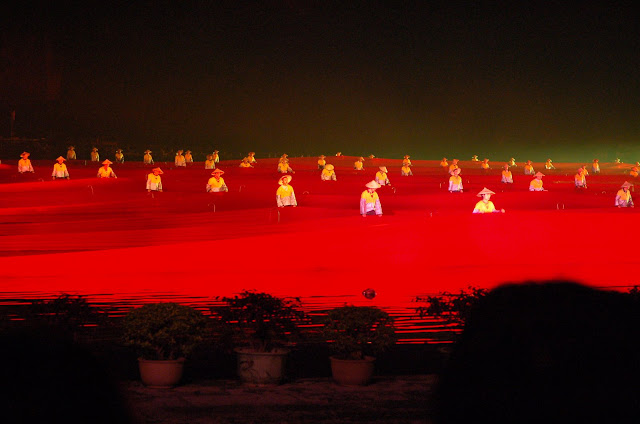 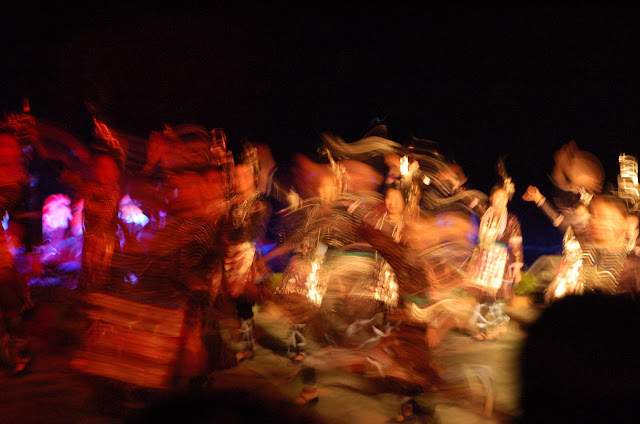 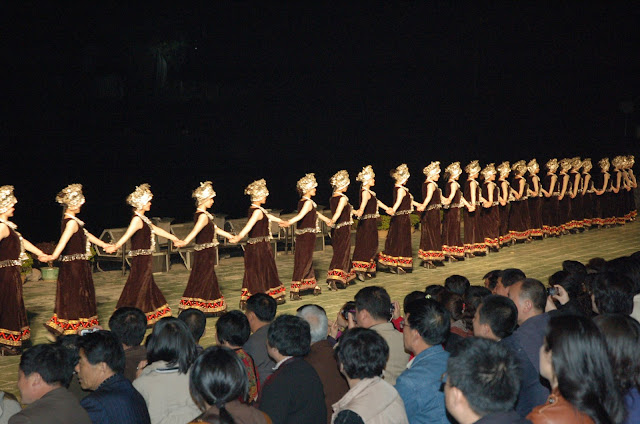 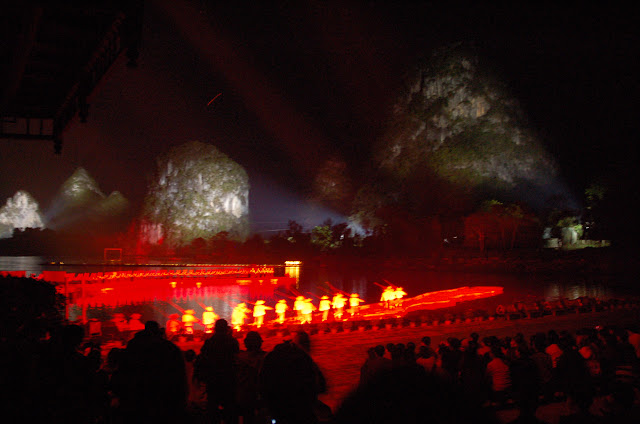 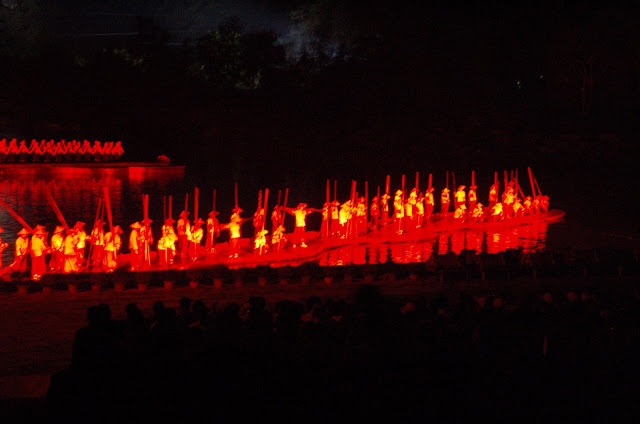 As you can see, the scenes are very nice – my photography is the problem and I didn’t spend any time in taking the photos, because the scene was very nice.

BUT, Something is Wrong

After the show, Wendy and I briefly exchanged the question: “How do you like it?” followed by long silence. We just feel there is something wrong. Chaos? Distracted? Or something else? Wendy described it as “Modern Vision Art Show” – just vision art, and nothing beyond that.

On the shuttle back, we talked with a girl from Australia, and I suddenly got the feeling. It was exactly the feeling after we saw Zhang Yimou’s movie Curse of the Golden Flower.

Yes. That explains why we feel the first half much better than the second part. In the second part, there is no single person, just a group of people doing exactly the same thing with no personal expression, no individual – just an army of fish men and fish women. Everyone of them are so small and meaningless, but altogether, they formed something big. I don’t like it.

Anyway, I would rate it as excellent show and would recommend others to go and see it.