An airport express train line will be opened in Beijing before Olympic Games this year. I traveled to Beijing on March 27, 2008, and saw the train station at T3 of Beijing Airport.

Location of the Train Station

The train will run from Dongzhimen Station (at the northeast corner of 2nd Ring Road and connect to Subway #2 Station), and via Sanyuanqiao (where it connects to future Subway #10), and directly get to Airport T3, and T2. 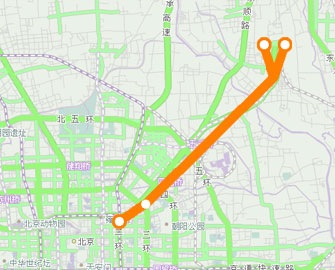 The Airport Express Station at T3 (New Terminal 3) is exactly south of it. As this un-updated satellite image shows, it is the big oval at the south of it. 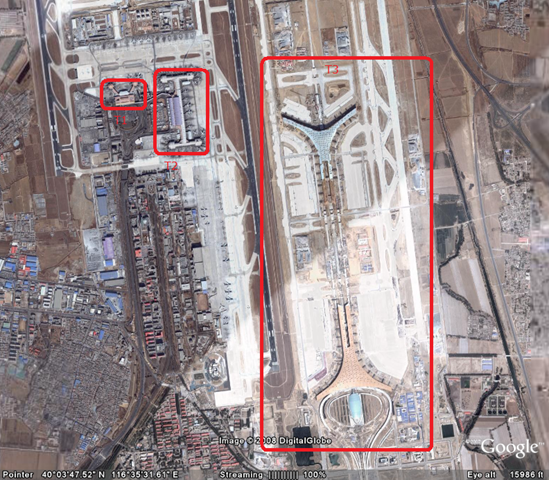 Outside the Train Station

The big "turtle" is the train station. The bridge connecting the terminal and the train station are the train level, and the level with the cars parking there is the ground floor. Under that are B1 and B2 parking level. 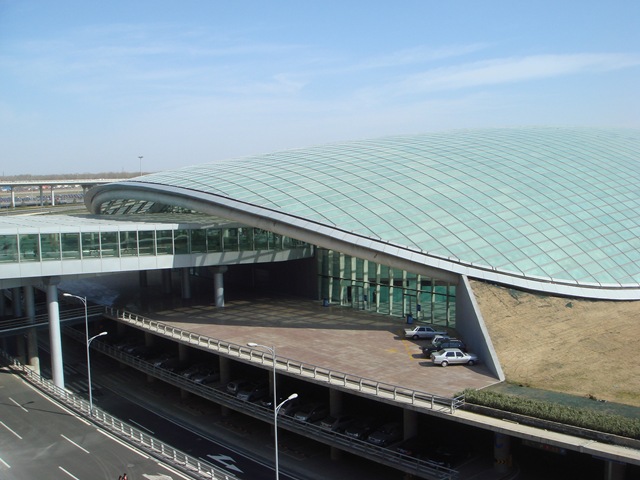 Inside the Airport Express Station

This is the new Airport Express Station. The roof is a little bit similar with the Maglev Station in Longyang Road in Shanghai, but much bigger.

The construction of the station is already completed, but they are still testing the line and it will take some time to open. BTW, the train on the track are automatic train without a driver. 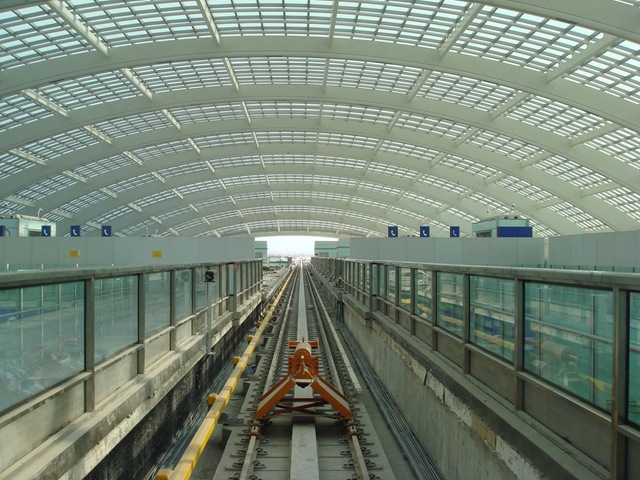 After you leave the train, you can directly to go the terminal. There are four big gates at the north exit of the train station: left and right most two are for departure, and the middle two are for arrival. 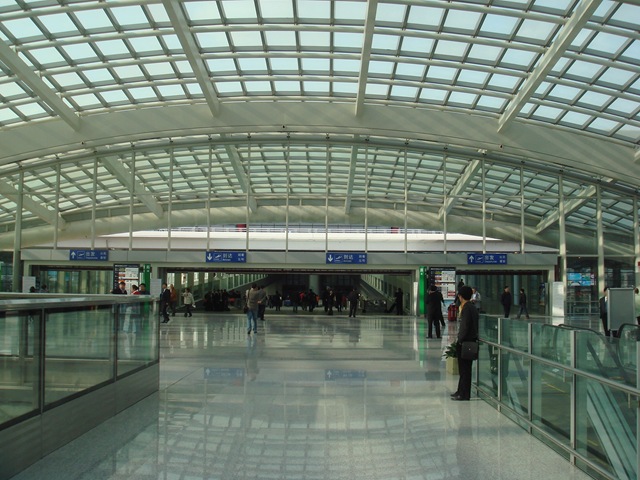 The bridges are very long, so sloop is mild. The following picture is taken on the 4th floor (The Departure Level) of the station. As you can see, the far-most bridge connects the taxi drop-off area to the lower Departure Level, and the nearer-two bridge go to the Airport Express Train station. 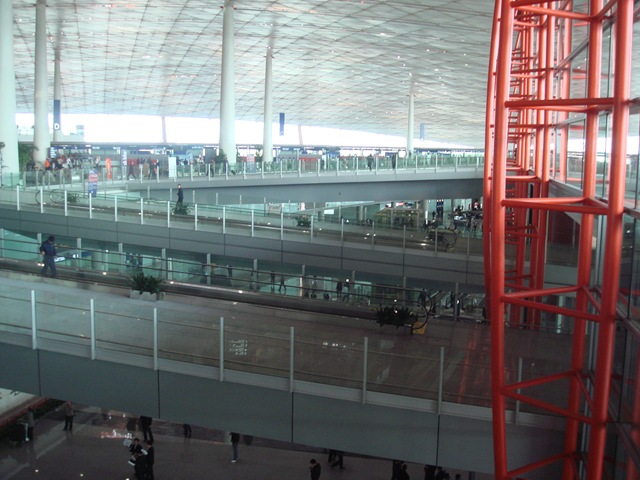 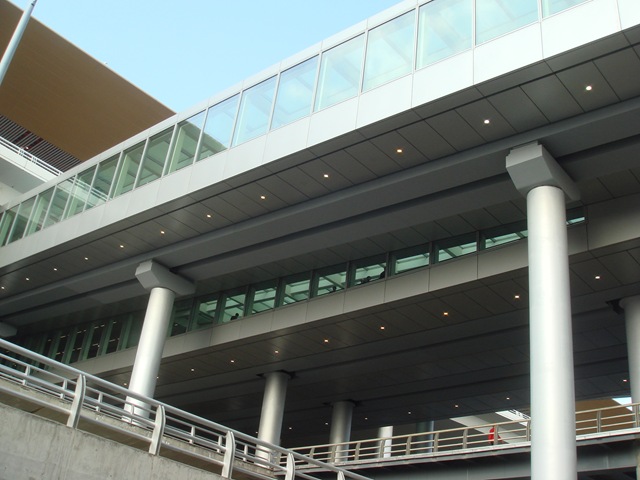 The good thing about the Beijing Airport is, although the bridges are all pretty long and are sloops, there is a way for people to WALK through all the levels. If you imagine people flow as water, and the waterfall flows from the top to the bottom of the station:

On the bridge, via the big window, you can see the parking lot entrance and the taxi pickup area. 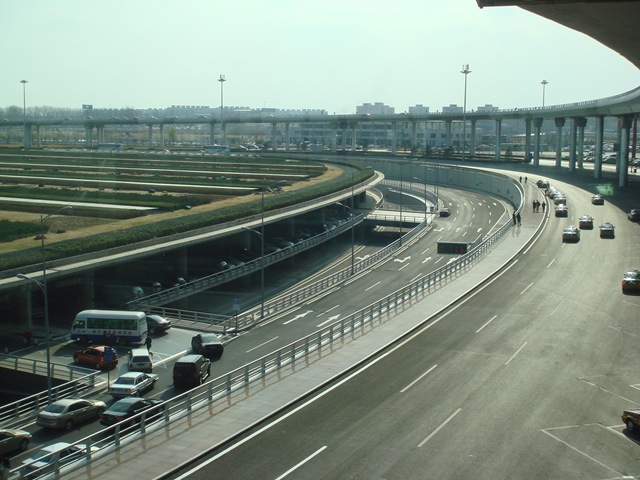 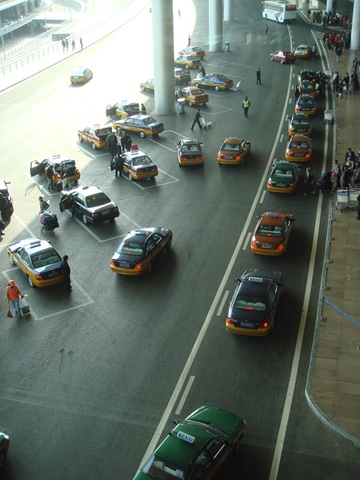 Lower Floor of the Train Station

At the lower floor of the train station are a big shopping center. The stores are not opened yet – pretty empty there, but I guess when the train station is officially put into use, and T3 starts to attract more passengers, these are the good place to have  a shop. 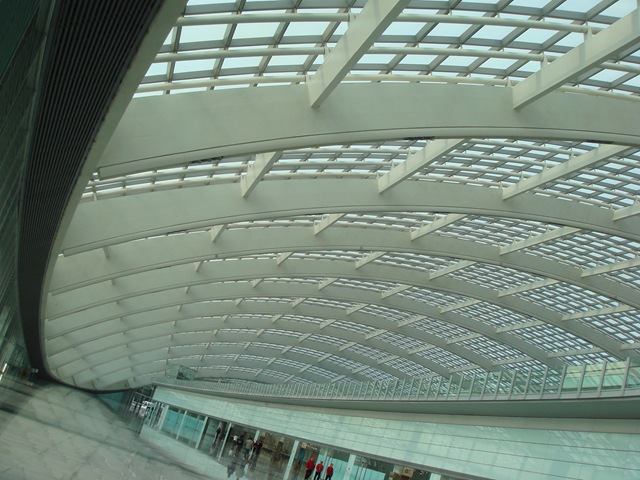 B1 and B2 of the Parking Lot

As you can see from the picture above, there are some glass windows on top of the Parking Lot. They are actually the roof of the parking lot – I love this design a lot. Standing at the bottom of the parking area – B2, it is like a big in-house garden. 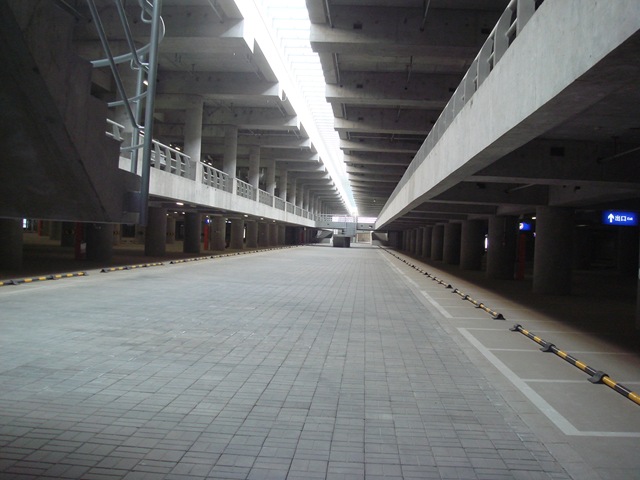 The B2 has not been put into use yet, so it is pretty empty. If someone put some coffee tables there and open a coffee shop, it will be great. (Although at second thought, I realized it is not possible to have a coffee shop in garage. 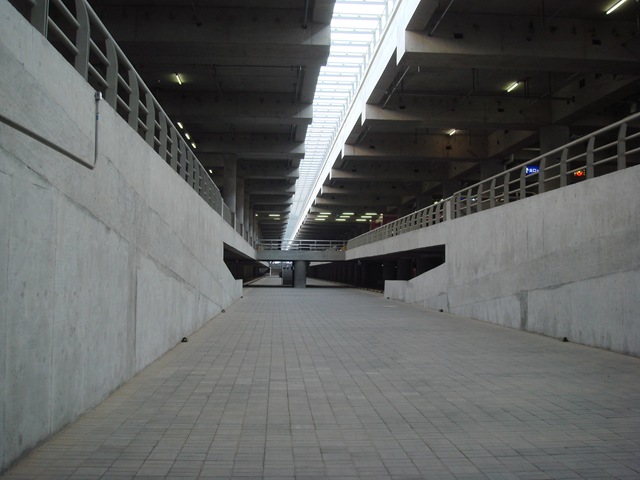