When Spring Festival is near, the city shows some interesting details to me.

The Huang Pi South Road near Xintiandi section was decorated to celebrate the Spring Festival. The Xintiandi group made the celebration banners. It costs some money but it is nothing for so successful real estate company. 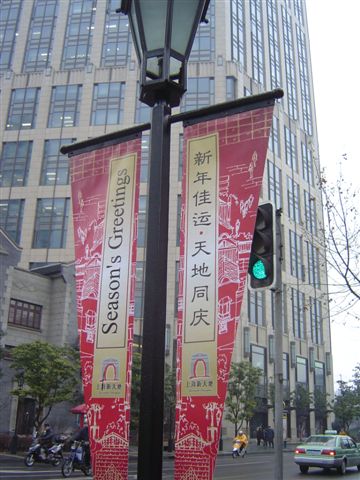 The twin towers of the Grand Gateway are approaching the end of construction. Glasses were installed to this new tallest building in Xujiahui. It seems the construction will continue during the holiday and the workers won’t have their holiday this year, as the previous years. 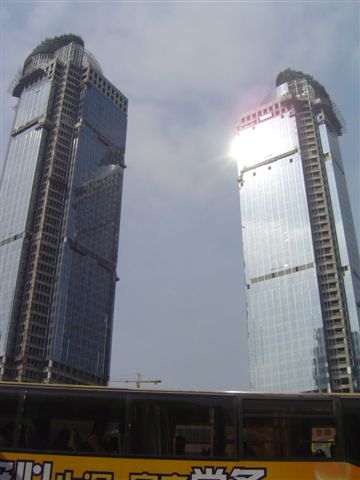 The picture below is the farmer workers statue group at the corner of the Shanghai Art Museum. The statue group vividly reveal the expression of the specific group of people in this city. Now, as Spring Festival is near, the majority of them are leaving Shanghai back to their hometown. Construction site starts to lack of workers. Ayi’s price is rising and more often, people cannot find an Ayi (people who comes to your house to do the cleaning work, babysitting, or cooking) recently. Labor-intensive positions like pure water delivery, garbage collection, that were filled by farmer workers are lack of hands. With their leaving, it shows the same appearance as a severe strike. 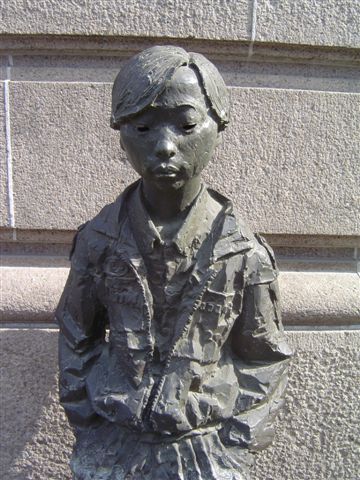 Spring Festival can also be called the Farmer Worker’s Days – it is the time for everyone who enjoys the benefit of their hard work to think of them by suffering their short absence. 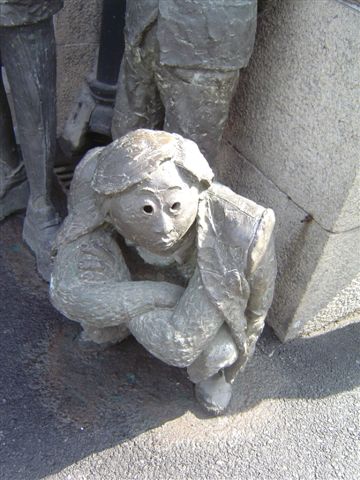 Shanghai continue to pull down old houses near the Xintiandi area to build new residence or entertainment areas there. More and more walls were painted with large red character: 拆 or Destroy in English. 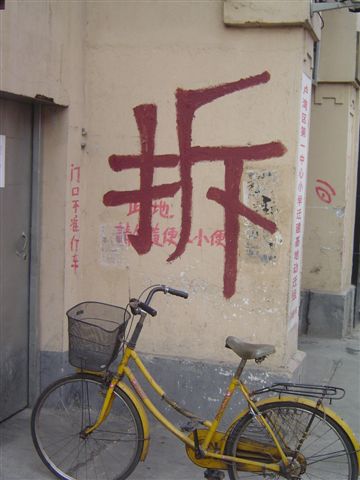 Farmers in the City

At the Nanjing West Road at the People’s Square, around 9:00 PM, when banks closed its door, farmers from nearby area came to the street to sell their fresh fruit, in the heart of this large metropolitan. She still needs to collect enough money to prepare for the Spring Festival. People passed in a hurry and not many were in the mood to buy fruits at street. 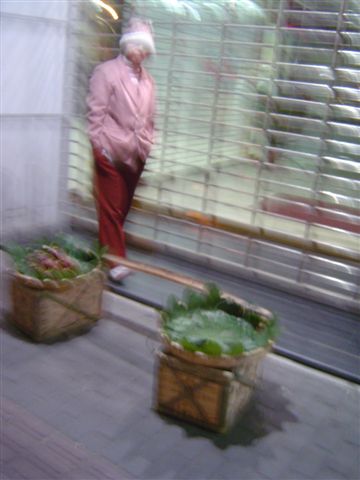 P.S. Pictures were taken in the previous week. (May not be taken today)