The yellow taxi in New York is clean and in good condition. The film Taxi Driver seemed misleading to me, because before that, I though the taxis in New York City is as dirty as they described. 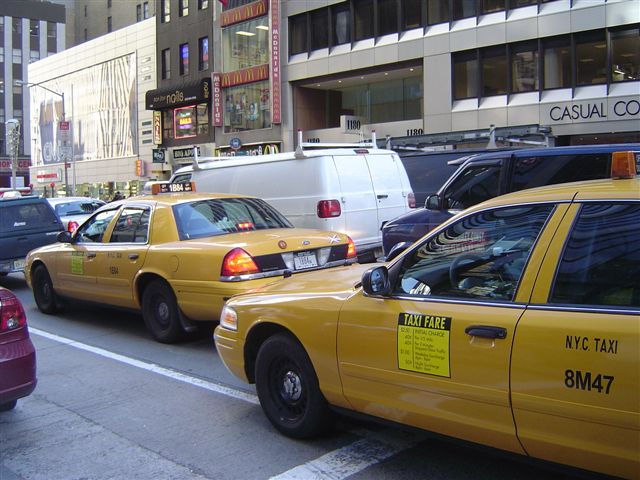 It seems Ford is the mainstream of car model. In Shanghai, almost all taxis are Volkswagen Santana. We took taxi from the United Nations to the Empire State Building. If we had bought 7 day metro pass and understood how the bus M42 works, we may save some money.