Beijing impresses me so much every time I visit. This visit was a business trip. The only time I got was to take Metro back to where I stayed after a business meeting. I decided to take metro to experience the city and save some taxi fee for the company. Here are the new findings from this adventure.

I felt people in Beijing are more talkive/expressive in written tags. I found lots of interesting signs, which made me laugh. Look at this photo: the design of the Internet terminal (with a phone set and a large screen) had big usability problems that many people were fooled by this koisek. So they make it up by sticking a tag on to the glass. 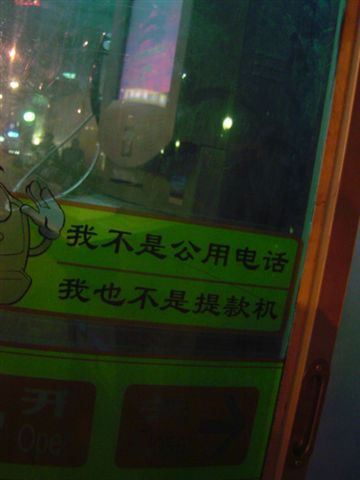 © Jian Shuo Wang. Taken on the opposite side of the China World Trade Center

I am not a public telephone;

I am not a ATM either.

Stairs of Beijing Metro were Deep

Look at the stairs – long and deep into the ground. It is the longest underground stairs I have ever seen. 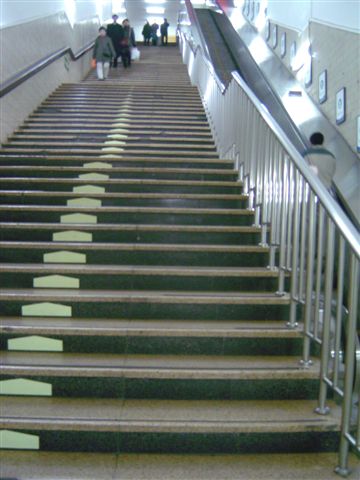 The waiting hall of the Beijing Metro were huge too. The tall poles made so much difference than those in Shanghai. There is only one story in Beijing metro while in Shanghai, the undergrand space was seperated by two floors. 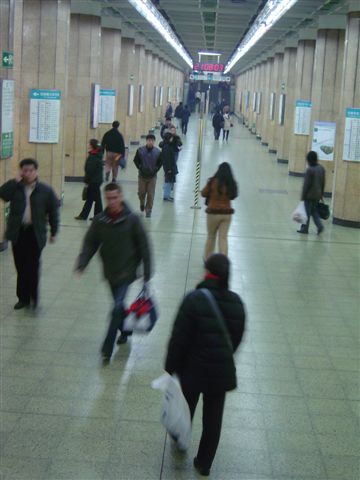 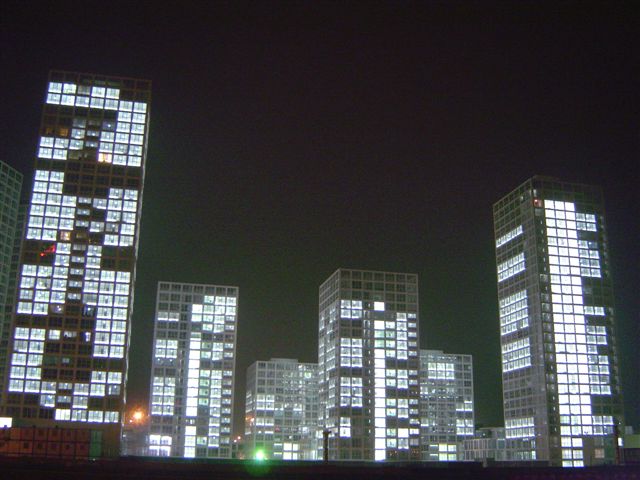 This is the JianWai Sohu, right to the south of China World Trade Center. The architect is moden and the groups of buildings are rarely seen in Shanghai. The city of Beijing is large and gives huge areas of space to accomendate building groups, instead of sing towers.

Why Beijing still uses the Paper Tickets in Metro? 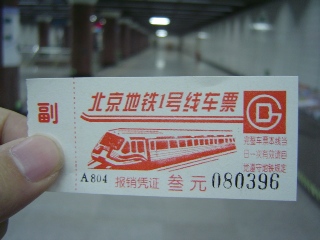 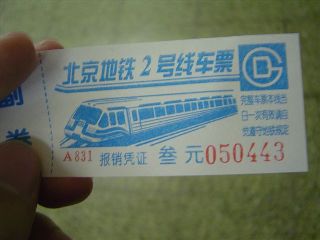 The difference between Beijing and Shanghai, the two largest and most important city, is becoming more and more minor. There are tall and modern buildings in Beijng and the roads of Shanghai became wider in Pudong. Here is Beijing’s landscape. 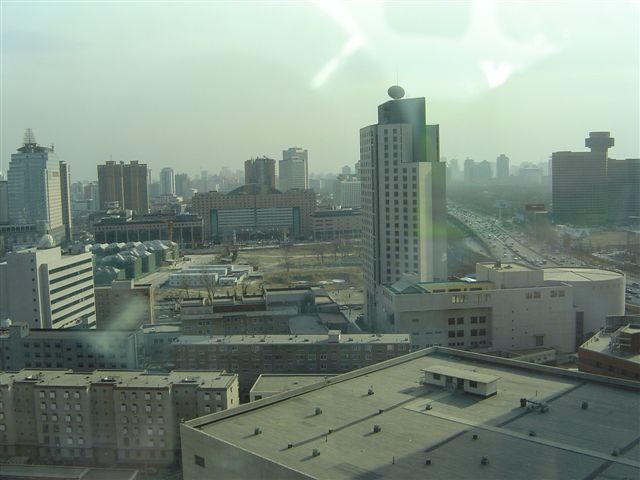 Yes. I do. I took a special picture on that sign: 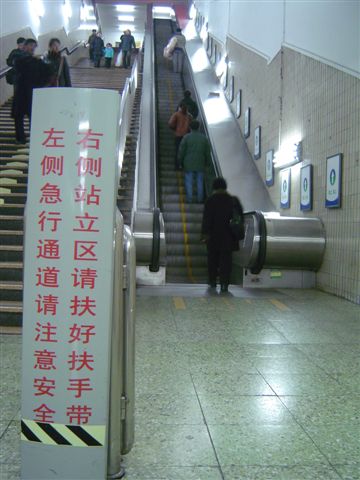 It reads (briefly): Stand on the right and walk on the left.