Nov. 6 ?The Federal Trade Commission on Thursday accused a California advertising company of digital-age extortion. D Squared Solutions allegedly hijacked Internet users?computers by bombarding them with Windows Messenger pop-up ads ?as frequently as every 10 minutes. The ads hawked $30 software that promised only to stop future pop-ups from the company….

D Squared did not immediately return e-mails sent to its San Diego office. The telephone number listed on the domain registration information for the company’s Web site wasn’t operational.

The Federal Trade Commission Thursday took action against a company that it alleges was exploiting a security hole in Microsoft’s Messenger Service utility to send full-screen pop-up ads to consumers advertising software that would block the very same pop-up ads.

At the FTC’s request, the U.S. District Court for the Northern District of Maryland issued a temporary restraining order against D Squared Solutions LLC, and its officers, Anish Dhingra and Jeffrey Davis, blocking them from continuing their business practices. The FTC plans to seek further legal action against the defendants, including recovering any revenue the company earned from selling its software.

I believe I am among the most excited people in the world after I hear about the news. EndAds.com should be caught and sued months ago. Starting from Sept 23, 2003, I begin to fight with NET SEND SPAM by writing articles and provide instructions to turn off Messenger Service. Along the way, I started by fight back with bestyan’s spam, then Golarger.com (I am curious about whether this company is caught or not) and Endads.com (with other names like blockmessenger.com…)

The reason I worked so hard to fight with them is, I believe there should be some force to stand against these annoying stuff. You can see people are really annoyed by EndAds.com and its kind.

Check this entry on my site: Shutdown DefeatMessenger And FightPopups Spam, it has 38 comments.

The check this entry: EndAds.com and BlockMessenger.com, it has 296 comments.

Look at how many people are affected. In Oct 2003 along, my site received 2600+ hits from search engine with keyword of Endads.com alone. I believe the craziest period of EndAds.com is not this Oct…

Great job, FTC. It seems many visitors of this site has sent complain to abuse@level1.com and FCC, but no one mentioned FTC yet. It seems the FTC is the right organization to send complaint to. I cheered about the big success of Shutdown Endads.com. However, it didn’t seem to be the end until government agencies like FTC take legal actions against them.

It turned out that the bad guys are named

I’d like to thank Bianchi who posted comment to notify me about the news. It was really breaking news.

If I ever meet someone who works for endads, or even talks about it like a good marketing thing… I will beat the crap out of them…. and not feel bad.

It is very true. The address of these hidden bad guys is the secret everyone really wanted to know. Now they are exposed on the net. According to FTC’s complaint, the address of D Square is

With the help of TerraServer-USA.com, we finally find out (how?) the picture of this spammer. 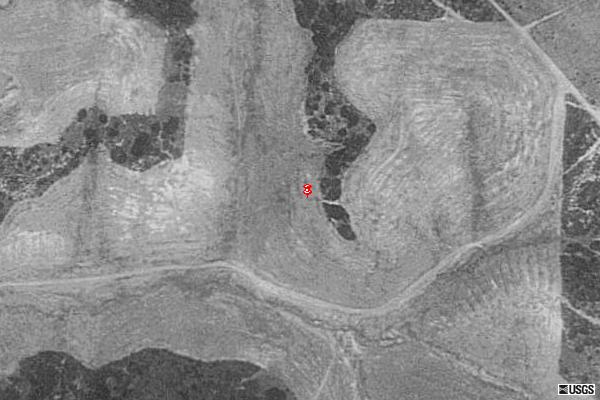 Image courtesy of the U.S. Geological Survey and TerraServer-USA

We can Visit our Old Friend Now

Good. Good. They were caught red-handed. Any people interested to drive by and say hello to these two guys if they are not in prison?

5 thoughts on “EndAds.com Caught by FTC”