This page contains unconfirmed information and please take as rumor only.

SARS has been popular on the web. I have seen reports of bloggers here and there.

Today, one of my friends, who is visiting Shanghai next week, asked me about SARS on MSN Messenger.

HI, am just concerned with SARS outbreak. Is it bad in Shanghai?

Well. Is it bad? Actually, I didn’t heard of the term SARS before. Soon I realized, via Google, that it is linked to the Pneumonia-type virus outbreakin Guangzhou two months before. Now it got a new name and moved the new location.

HONGKONG — The worldwide outbreak of a mystery pneumonia is believed to have been triggered by a sick doctor from southern China who infected six other people at a Hongkong hotel, health officials said.

I am living in Shanghai. To be honest, I have never heard of any relationship between SARS and the city until I saw it in MSN Messenger. For bad news like this in China, you can never count on media to tell you the news – the main news source is still emails and Internet. But they are more like rumor than the truth. Sometimes the bad news is magnified and become worse.

The pneumonia-type virus breakout in Guangzhou two months ago was bad – really bad. People are rushing to stores to buy medicines. Most people are wearing medical masks on the streets which strengthened the anxiousness.

The following photos were taken in Guangzhou in mid-Feb this year.

Note: In the photos, masks were improperly used! Check out the instructions. Thanks Mainlander for pointing it out. 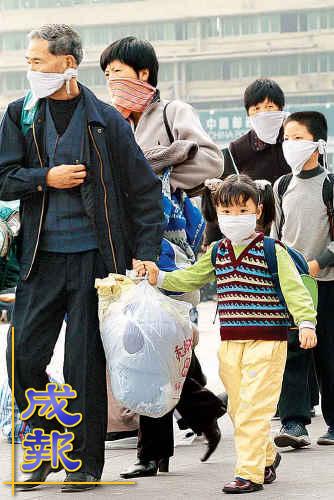 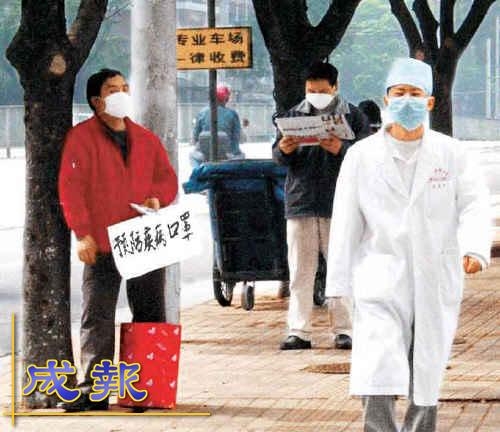 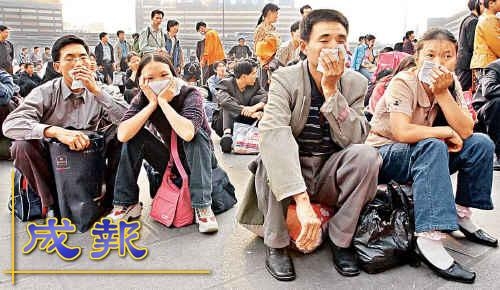 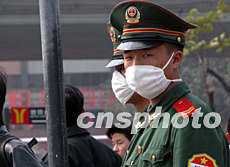 In Shanghai, so far so good

In Shanghai, however, only one person died in Changzheng (Long March) Hospital (as far as I know) in Feb.

Disclaimer: This may not be the truth since I am not sure whether the email I got is true or not. The only confirmed fact is, I received an email stating one person died for this virus in Shanghai. Please do take this as rumor.

The city newspaper reported no case of SARS was found in Shanghai on March 27, 2003 as headline news.

One or more respiratory symptoms including cough, shortness of breath, difficulty breathing

Refer to another blog entry for more details.

Thanks for Mainlander’s contribution. Here are some sites in Chinese about the prevention of SARS.