I took many photos of the Pudong Airport new Terminal 2 after it is completed and opened to public. However, the previous entries only described the area outside the Security Gate. It is just because my flight was in T1 at that time. Recently, I traveled to Beijing via Air China, which departs at T2, so I can complete my report about T2 of Pudong International Airport.

In case you are interested, check out my previous entries on T2

The T2 is of the curve shape from the side, and you won’t miss the boarding area by looking up – there are big sign saying: Domestic Boarding on top of the roof. I love the bold and very visible signs in public spaces like airport. 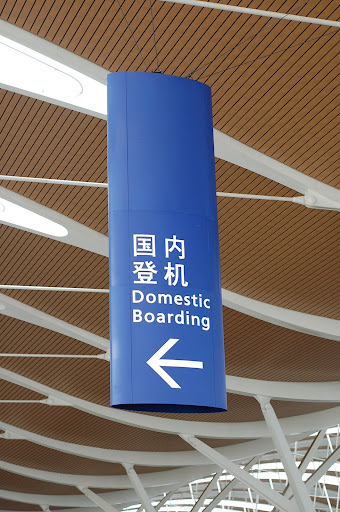 At the time I write this article, they have a special security checking line for flights to Beijing. Hopefully after Beijing Olympic, they don’t need to bother to strengthen the security as much as before. 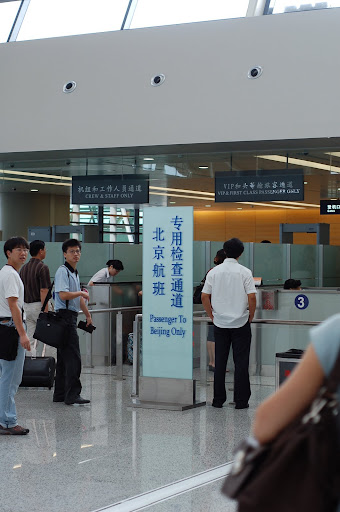 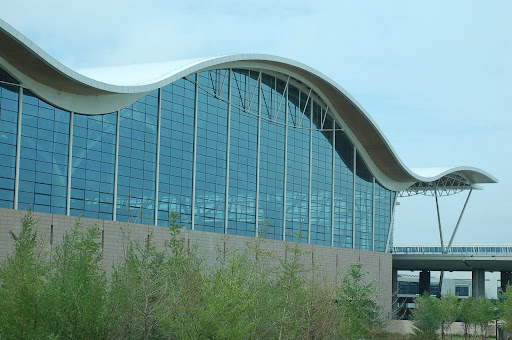 One of the key difference between T2 and the older, smaller, and colder T1 is, T2 starts to use carpet. The whole area after the security check counter is covered by nice brown carpet, which makes it more like an international standard airport. 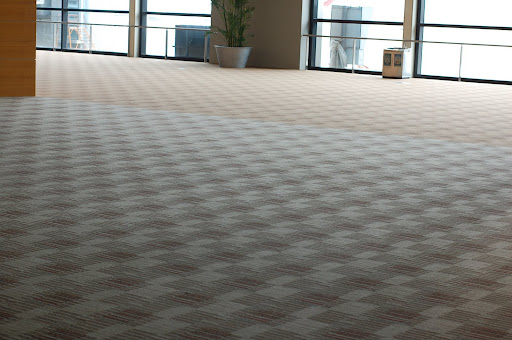 All the gates in T2 are named using convention like Cxxx. Here is the display board: 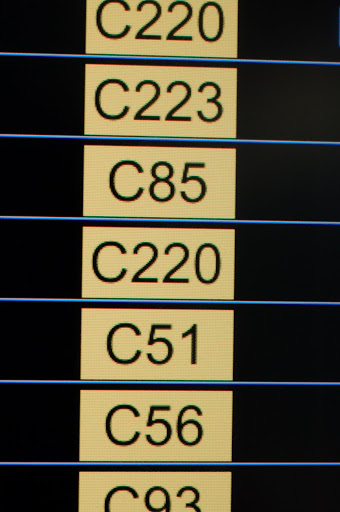 Look at the gates. The T2 is just like T2 – a very very long line of gates with stores on both sides:

It looks like me that the gates are arranged this way:

On the right side of the terminal are four gates: 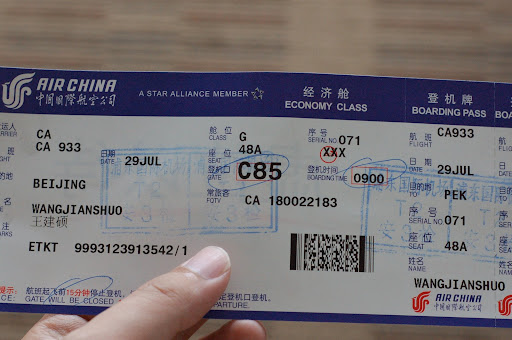 This is the what the new gate looks like: 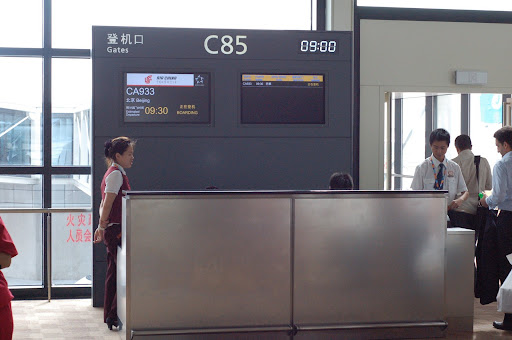 In the middle of the two wings, there are four additional far-parking-flights boarding gates: 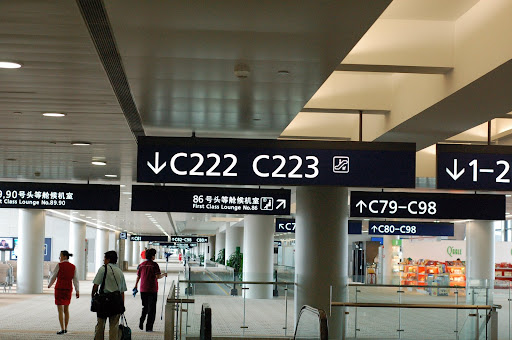 Although there are only four gates, I suspect that they are highly utilized. Passengers need to take the shuttle bus to get to plane, something I will avoid if I can.

The boarding bridge of Pudong Airport T2 is also different from T1. The main difference is, it offers two bridges, one to the upper level (for arrival) and one for the lower level (for departure passengers). That makes the logistic much easier because the two group of people now never see each other and don’t share public area, and can avoid many mistakes. 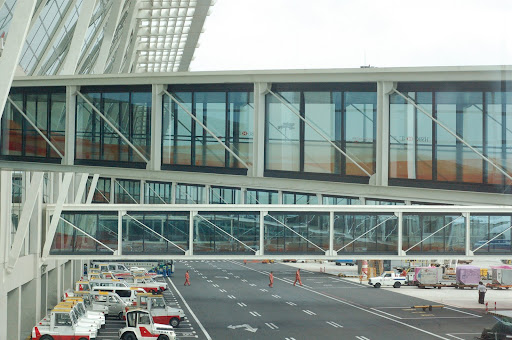 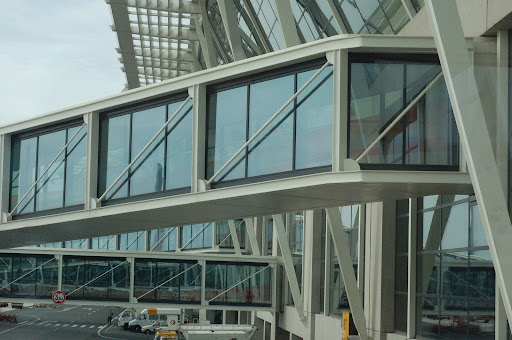 The gate C50 – 53, and gate C95 to C98 are at the north and south end of the whole T2. Unlike other gates, the area only have one level. That is where is the lower roof covers if you see from outside (the roof of the two rears are significantly lower than the main part). But from inside, it is much higher since it is two level combined: 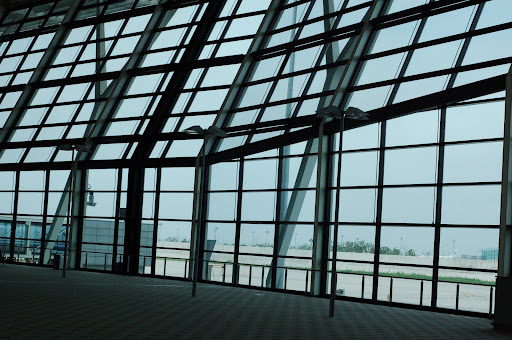 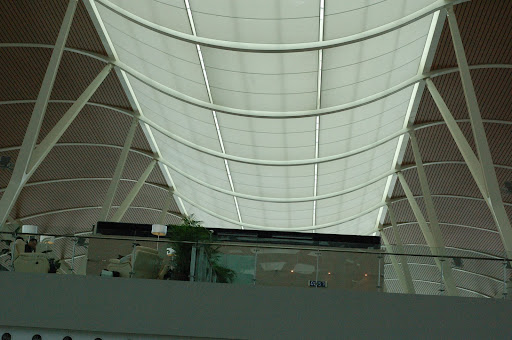 Just on the south side of the middle point of T2, they have a water frontier.

Water flows quietly along the wall: 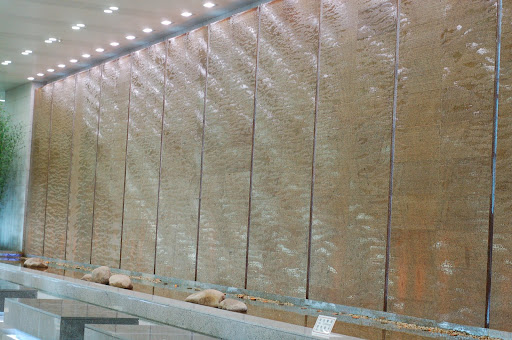 and stones sitting in the water. 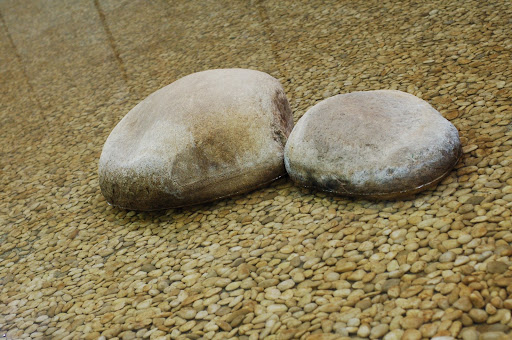 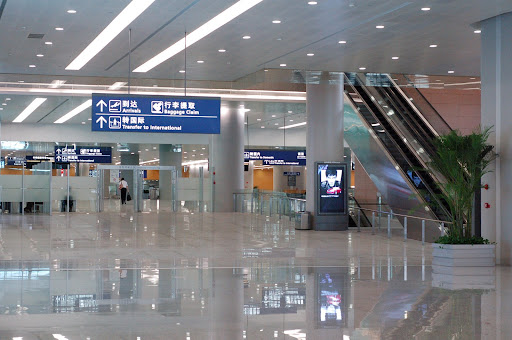 There are much more stores in T2 than T1. However, their business is no so good since the T2 is just put into use. 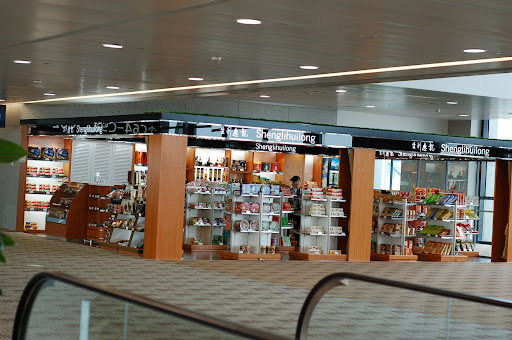 They have some nice brand shops immediately on the left hand and right hand when you arrive at T2: 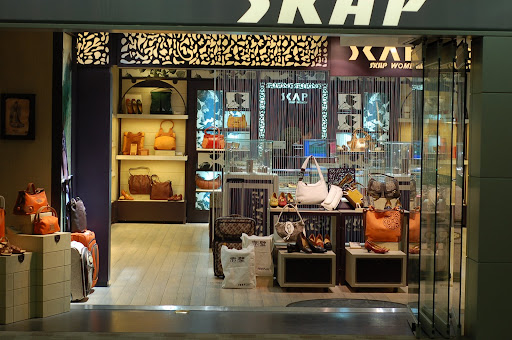 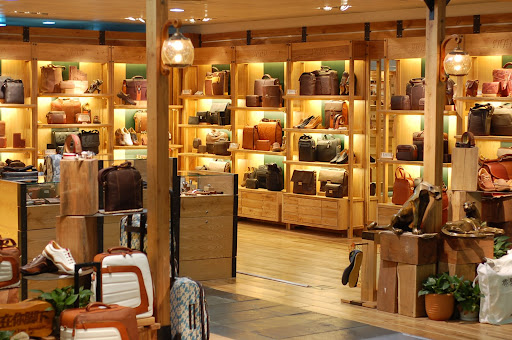 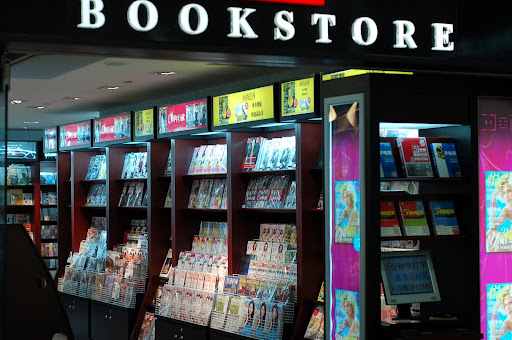 As a new father, I found the children’s place in section 7 of the T2 very cute: 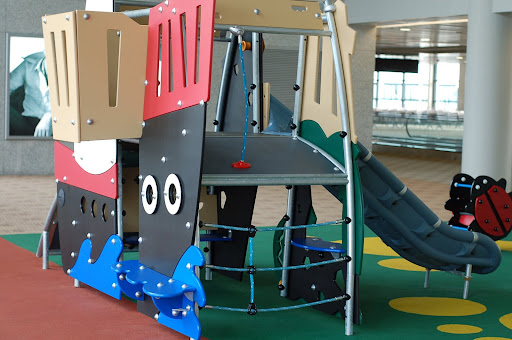 They have a big badge saying: Wireless Internet for Free. The area is just at the side of gate C52 on the north end of the T2. You need to really walk hard to get there. 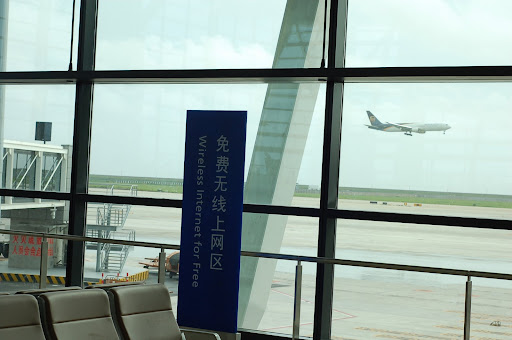 If you also visit the T2 of Pudong Airport, please feel free what you see in the comment section.

9 thoughts on “Pudong Airport T2 Behind the Security Gate”