The last post was actually posted under camera. A team of 4 gentlemen from NBC news visited my home and did an interview in my family environment.

Since NBC is the only official TV station to broadcast Beijing Olympic, they are preparing a series of programs to show the American audience about the real China, and in the several days before Olympic in Aug 8 this year, they will broadcast one piece per day, just like what CCTV did for Athens Olympic.

Here are some photos. As I told many journalist, most of the time, when people are interviewing me, I am also interviewing them. Before they put what they recorded on to TV, or print media, their photo and the story have already appeared on my blog the same night. Today is the same.

Below: Yifan is looking at the camera bravely. This is maybe the first time for him to appear on a TV program, and for the first time, he is going to appear during prime time on NBC. 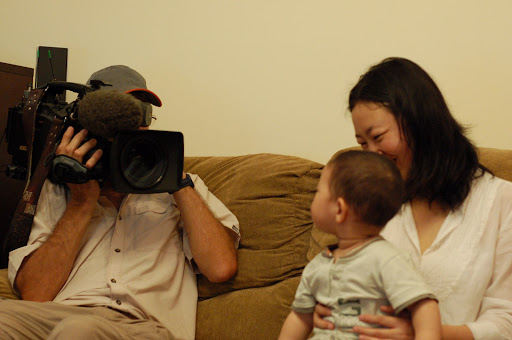 Regarding Yifan’s shoot, Wendy and I had an interesting conversation the other day. Wendy complained that I didn’t send Yifan to a local kid TV program. I said, well, if you want, next time, when I am interviewed, I will make sure Yifan gets a shot. So here we go.

This is also my first time to be recorded on HDTV (High-Definition TV). BTW, HDTV has started to be on trail in Shanghai these days. 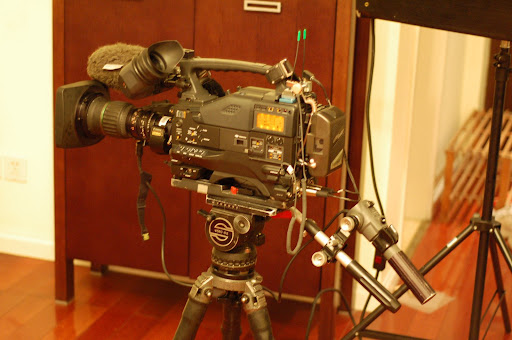 Simon (please correct me if I spell it wrong), our professional audio man. 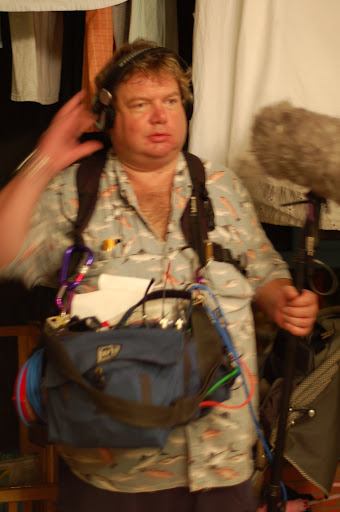 The light. I was told the most key element of a TV program is about the light. 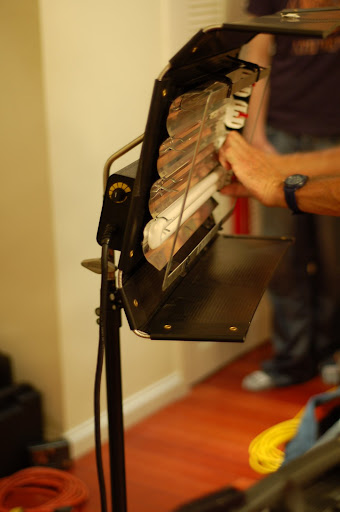 The back of the light: 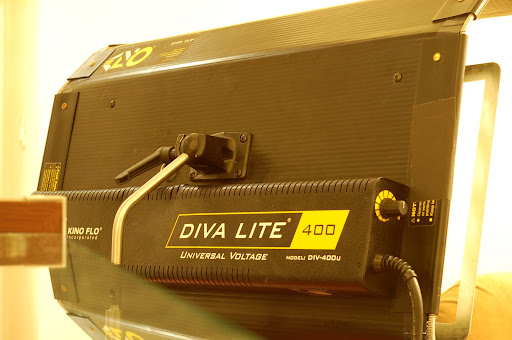 Ian, sorry that I made you blur – I didn’t use the view finder. 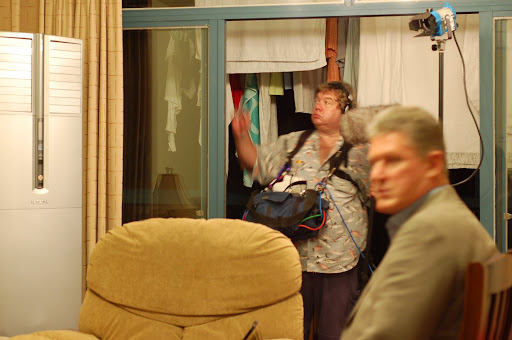 This time, the camera points to me. 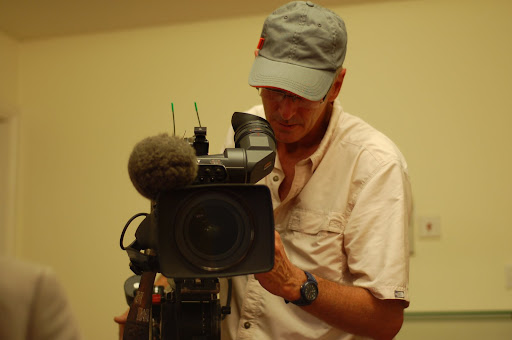 The last photo: Ian Williams, Asia Corespondent for NBC, with Wendy and Yifan. 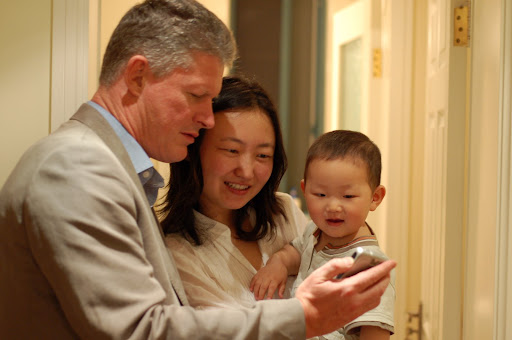 The program may be broadcast in American in the early part of August.

Hm… The topic? We were talking about blogging…

P.S. I didn’t have a photo of Steve in my camera. Why? Sorry for that, but Steve Jiang was also there. We started from 6:30 and finished almost at 9:00 PM. They were so passionate that they didn’t have dinner when we finished.

6 thoughts on “NBC Interview at my Home”