Many of my readers choose to stay in the Astor House Hotel in Shanghai, and asked me about that hotel. Here is my personal guidebook for guests to this hotel. Please note, this entry is special – all of the text content is from my personal experience, while the photos are from Internet – It is a regret for me that every time I visit the hotel, I forget to bring my camera. I hope  I have properly gave credit to the photo owners.

Location of the Hotel

Location of a hotel is maybe the most important factor of a hotel.

The Astor House Hotel is located at the delta of Suzhou Creek, and the Huangpu River. It is in the Bund Area – the heart of the city. If you like a historic tour of the city, it is maybe the best choice. It is within walking distance to the major attractions of Shanghai – to be more exact, it is part of the historical architects.

It is at the other side of the Waibaidu Bridge – the bridge of exactly 100 years old. 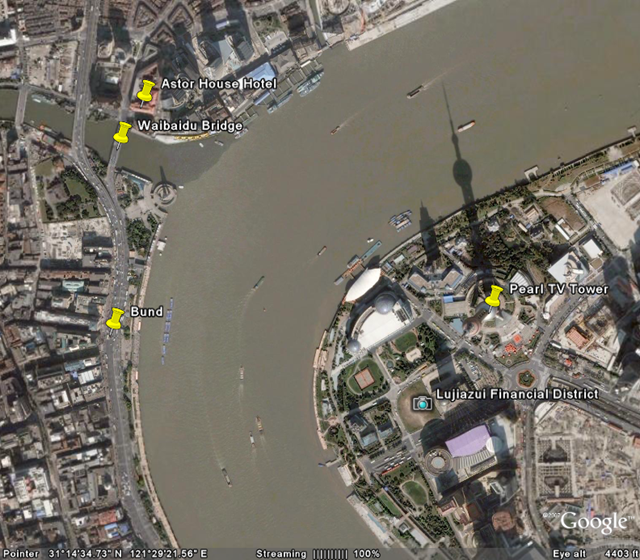 History of the Hotel

There is much more to say about the history of the hotel. To be short, it is one of the most historical hotel in Shanghai.

The hotel was built in 1846 in China’s Qing Dynasty. The hotel was named by Richard Hotel at the very beginning after the name of Richard, the sea captain – it is so cool to be a hotel manager and at the same time, be a sea ship captain.

In 1860, the hotel was sold out to Henry Smith, and was renamed as current Astor House Hotel.

In 1906, the current hotel build was built, as current Ionic and Baroque styles. There is also a youth hotel on the top of the 5-story hotel, which you can hardly see from this image below: 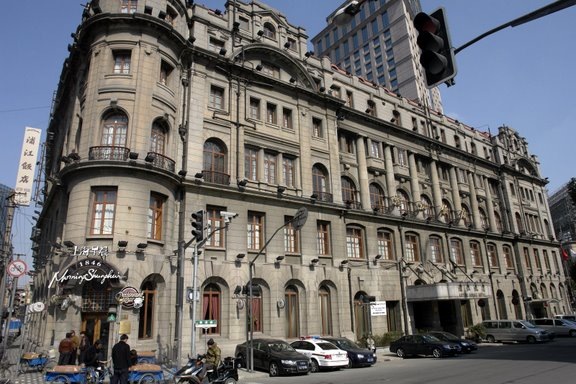 It is the first western modern hotels in Shanghai, and is also the site of the first electronic lamp in Shanghai.

Before 1949, it is also the important place for celebrates in Shanghai. Among them, the most interesting person is Albert Einstein (It is said it is in this hotel room that he receives his nobel price award letter) . Visitors can also choose from four restored "celebrity rooms," once occupied by famous visitors such as U.S. President Ulysses S. Grant in 1879 (Room 410), Scott Joplin in 1931 and 1936 (Room 404), Bertrand Russell in 1920 (Room 310), and Albert Einstein in 1922 (Room 304).

As its historically face, the internal design is also pretty — hmm — old style. This is my favorite part – the lobby on the third floor and fourth floor. 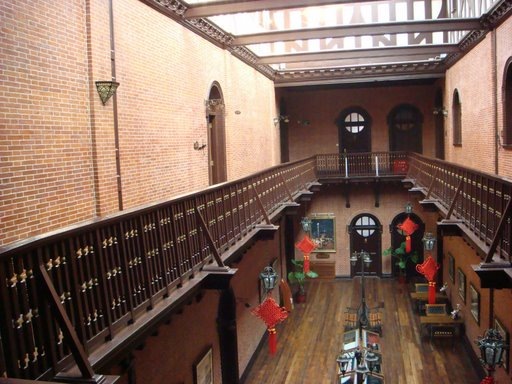 The rooms are by no way modern in the current standard, but the good thing is, most of the rooms are BIG. 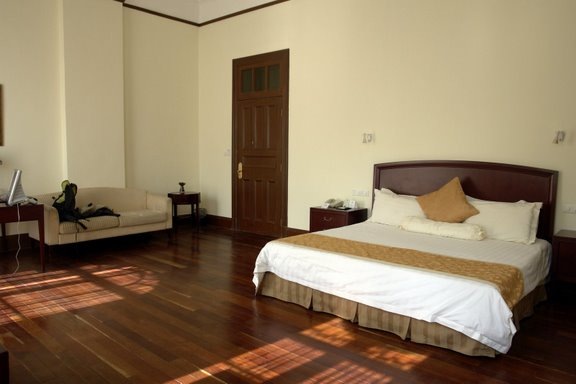 They even have nice Virtual Reality show case of the rooms.

Future of the Hotel

One very interesting observation: it only charges 400 RMB per half day for 40 people in its Grand Hall, and its breakfast is only 20 RMB/person (or 3 USD)

The hotel’s pro and cons are both very clear.

Con: Service is bad, and facility is old.

So, the conclusion is also very clear: If you are a history lover, and enjoy being part of the heart of the city. If you think service and comfort room are more important, choose another five star hotel, which is almost the same price.