The Chinese New Year is coming.

There will be 7 day holiday in China, from Jan 29 to Feb 4. Offices will be closed and reopened on Feb 5.

Just now, when I want to check my calenar, I double click on the time display on the right of Windows taskbar, I saw this interface for the first time: 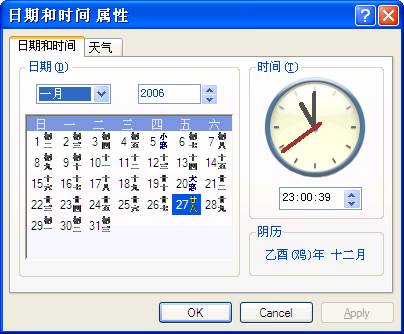 I don’t know what happened. I didn’t install anything, but why it changes to this view?

P.S. Other entries related to holidays in China.