This is to follow up the hot discussion under Old Houses in Shanghai – Part II.

I believe that all (or most) of these houses are still state owned property. Based on the newspaper article, each two story house has about three families — not a very comfortable living condition. This actually reflects an interesting reality: There are many beautiful old houses in some very nice areas in Shanghai. But the actual condition there may not as good as it seems.

JH’s comment is quite true. Most of the houses are owned by the government, not private. But it really depends. There are several types of status of the old houses. Here is a breakdown.

Many old houses are in this status. I visited a house that is owned by a rich family. It is a three story stand alone villa on Yong Jia Rd. After the state occupied and “assigned’ many residents, the origin owner only owns the part on the 3rd floor. When we visited the house, the living condition was really harsh. Many people lives there – I remember 7 old men/women lived in the narrow space of the stairs – they have no room, just a bed put into the stair corner with simple cover. It was really hard to march to the 3rd floor. Other families occupy the rooms. In one word, it is a hell.

It is a pity that the old house was very nice for one family but was too crowded with the many families living in the same house. The apartment on the 3rd floor was sold at 6000 RMB sq. meter at that time. The apartment was very good by itself, but it is unacceptable to live with so many people. You even have to pass many people’s bed before you reach your door in dark if you go back home late. There is almost no light in the stairs since they don’t want to save the electricity.

If someone bought the 3rd floor of the house I mentioned, and later, persuade other families in the same house to move out (by promising enough money), then buy the whole house and decorate it, the house will be super expensive.

Take this property as an example: A 350 sq. meter standalone old villa sells at 30 million RMB. It is almost 100,000 RMB/sq. meter. This is the average price of a Stand alone old villa. The picture I show before (Old Houses in Shanghai – Part II) is of this type. As rogi pointed out, the owner has a BMW, so only they can afford a house like this.

So the key is, whether you own the WHOLE villa or part of it. If you own part of it, its price is almost the same (if now lower) than other new apartments. If you own the whole villa, the price will be 10 times higher.

Look at the lane of 120 An Tai Rd. This is the view from the villa I posted before. There are many similar villas. They are not decorated so well. I suppose these houses are owned by more than one family. There are some famous old villa in the city. There are about 400 listed historic buildings that is under strict protection. Here are two examples. 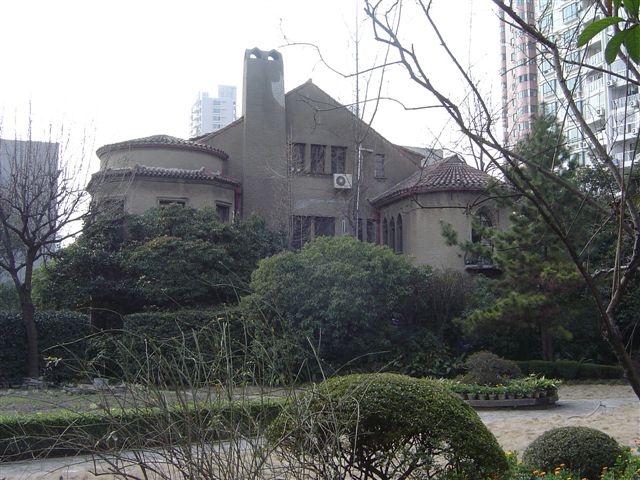 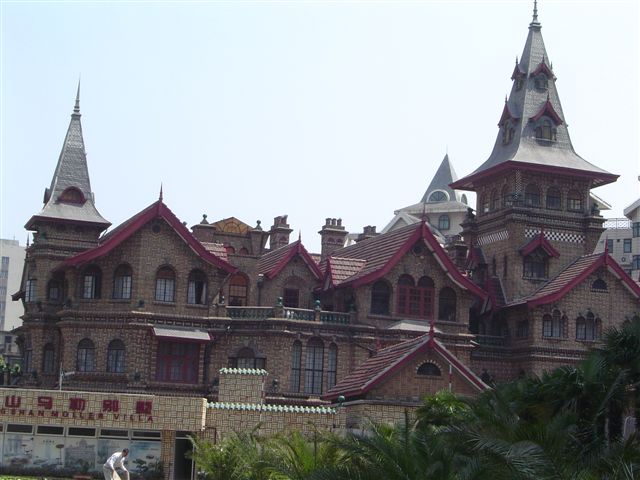 © Jian Shuo Wang. Mr. Muller’s private residence at 30 Shaanxi Road. Now it is the office of the Shanghai Committee of the Chinese Communist Youth League.