My friend E took me to some very good hotels in Shanghai. They are not as significant as International Hotel Big Names like Hilton, Marriot, but they are so unique in Shanghai and represent part of the history of the city. I’d to continue my Shanghai Hotel Guide and write the second part – the historical hotels in Shanghai.

It is a pity that the Sony P8 I took with me ran out of battery at the time when I want to take pictures of the hotels, otherwise, I can record the most beautiful scene of them.

Just as the State Guest Hotel in Hongqiao, it was the national guest hotel, which was designed to host national level guest. There is very large grass before the nice buildings. See a picture of the old house here

There is a Jin Jiang Tower. It is one of the tallest building in Puxi.

I am not talking about this modern architect. The old Jin Jiang building is more delux and beautiful. I remember the interview of IBM was held three years ago which I didn’t attend.

This is the second flower ball room in the old house. There is a large tall building (the brown one on the right on the small picture above. It was built based on a very old and nice building. 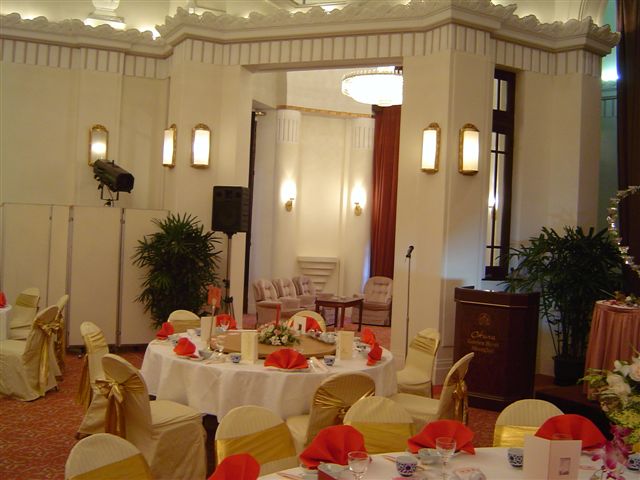