I return by train K284. The train was delayed for 10 hours. What a bad trip it was to have waited in the hot train station for 10 hours and journey itself took 19 hours.

It is a pity that I have never took train in any other countries. I have ever took metro in Singapore. It is strange that people like to stand in the train while there are still a lot of empty seats there. I also had taken public buses in Seattle. What impressed me was the bicycle rack at the front of the buses. How convenient it is for bike riders like me. The reason I always curious about trains in other countries is that the experience of taking trains in China are always one of the worst experience one may have.

My train from Nanyang to Shanghai at K284 should arrive in Nanyang station at 12:44 to pick us up and leave the small station at around 12:48. I rushed to the station only to know that the train was delayed. 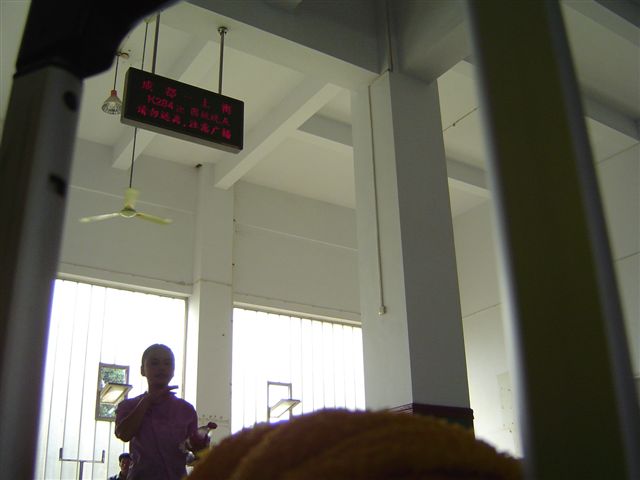 The information display board shows:

At that time, the temperature is about 38 degree C. People are too hot and some didn’t wear their shirt. It is extremely hard time but there is no any notice. Well. It is the routine that information is always held by the administration and the passengers are always not informed. To be honest, I feel very bad that the reason of the delay and the expected time for the train to arrive (within one hour? or within 10 hours?) were strictly held as top confidential. The staff in the station all know what happened but they just keep the right of know the message as privilege and will not share it with their customer – the passengers. That is a big problem of the society in current China – all the positions are trying to hold the information they get and don’t want to share – it is the case during the early stage of SARS epidemic. :-(

Below: You can see the poor people waiting for the train in the railway station. 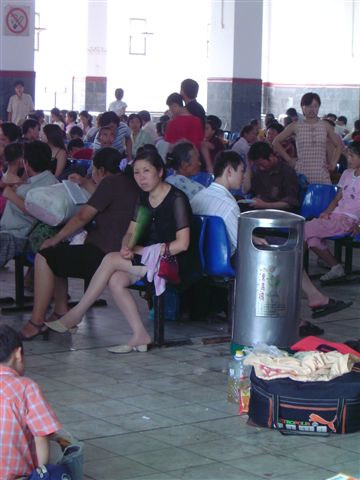 Below: The life in the waiting room in a small station is miserable. 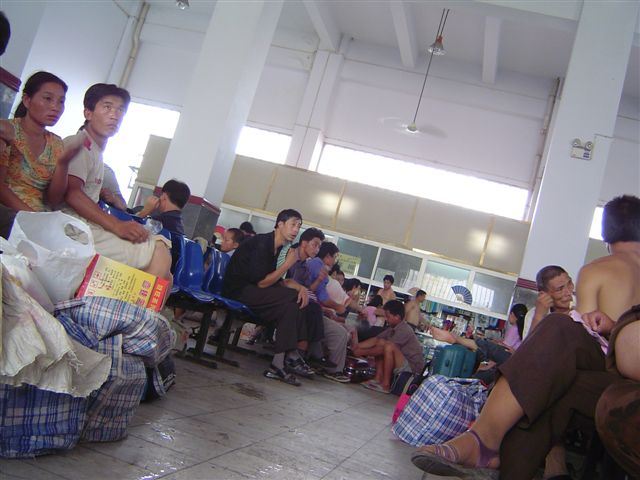 At 11:00 PM, about 10 hours later, the broadcast suddenly announced that the train had arrived. Within 1 second, people rushed to the door, tired, hot and in bad mood. 5 minutes later, the train started.

It is because of the bad experience last night that enforced the strong negative image of China Railway to me. Actually, the train did improve a lot in the last ten years. 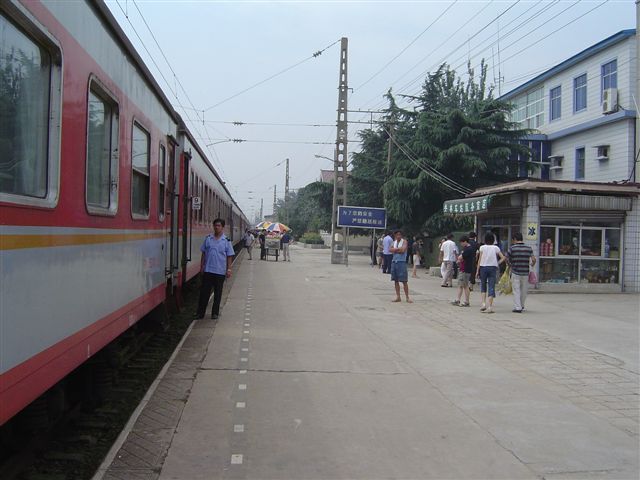 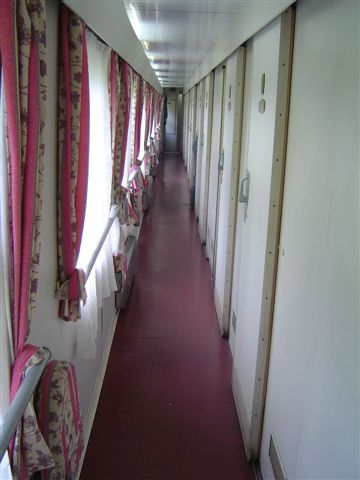 This layout is typical hard sleeper cart. The No. 5 to No.18 lower sleeper are the best sleeper since 1) It is far way from the head and rear of the cart where toilet and cart interaction are located. So it is either smell bad or too noisy there. Lower sleeper are considered more convinient than upper or middle since it does require you to climb up and down…

Unfortunately, I took 22 middle and 19 middle in my round trip.

Below: Scene near Nanzhao. 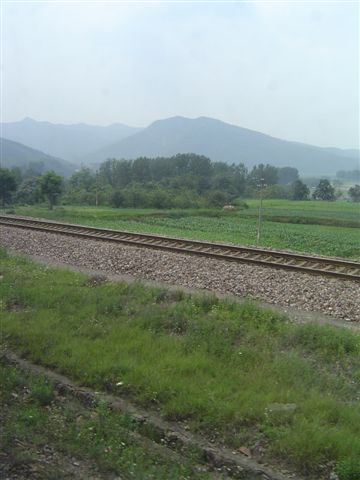 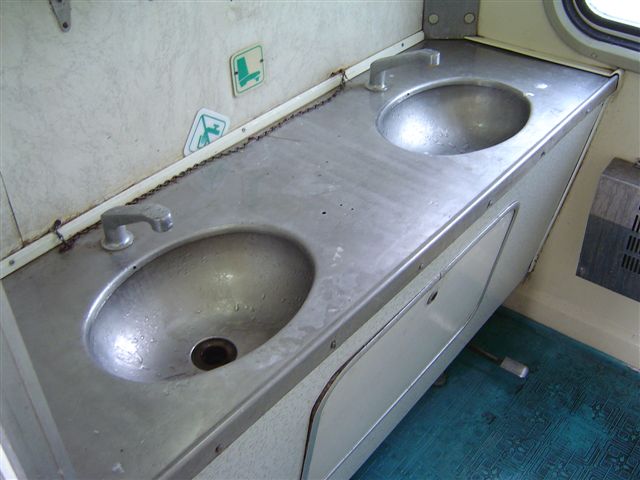 Below: The middle sleeper. 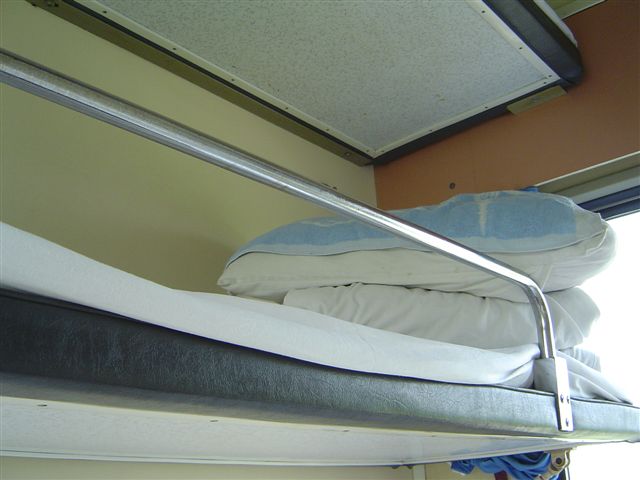