After the Opening Ceremony of XXIX Olympic Games in Beijing is over for 48 hours, I am thinking about the little difference people in China and foreign audience may react to the same event. I believe there must be some difference because of the different cultural background, and difference in other experiences. For example, the Chinese may react a little bit more modest to the event than the western viewers because people get used to the scene of many actors lining up as a matrix and doing exactly the same thing, while many people in the west didn’t often seen such arrangement, especially in this large scale.

Besides that, there are many points that made the ceremony received better for Chinese than for foreigners. It is all about the cultural meaning of many arrangement. Let me try to explain some of them to my foreign readers. However, no matter how hard I try, my explanation is far from professional level.

The Opening – the Drums

The very impressive 2008 people hitting drums, and did the count down was reported as “Drum Show” in many media. Actually, what they were hitting was not drum. It is called Fou (缶). It is the ancient Chinese container for wine. In the Qin Dynasty (200 BC), people start to hit the Fou to express welcome to friends, especially for friends from far away.

While they hit the drums (let me still call it drum for the time being), they are reciting the famous quote from Confusion: “有朋自远方来，不亦乐乎？”, or using direct translation: “Friends coming from far away, isn’t it happy enough?”, or a better translation: “Welcome friends from the world”. 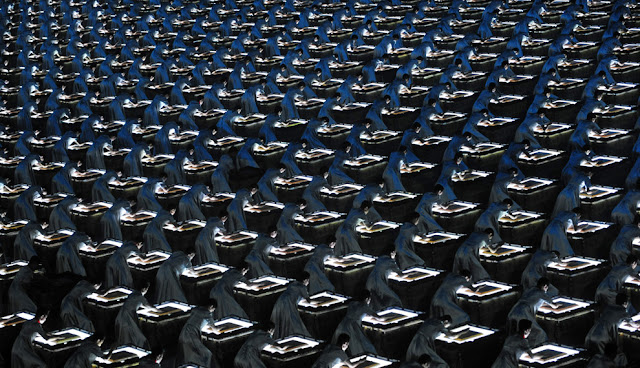 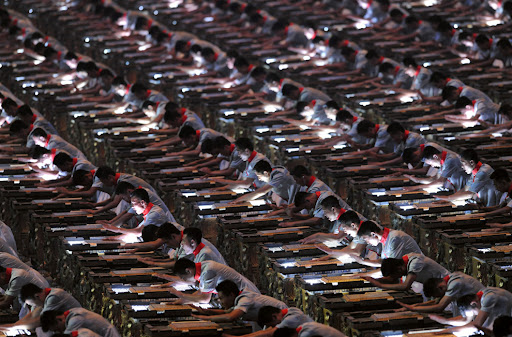 Don’t worry. No matter you see the meaning behind it or just see it as many people playing drum, it is the same thing – you get the idea of welcome anyway.

It is funny to see the final 10 count down was displayed in both Chinese and number: 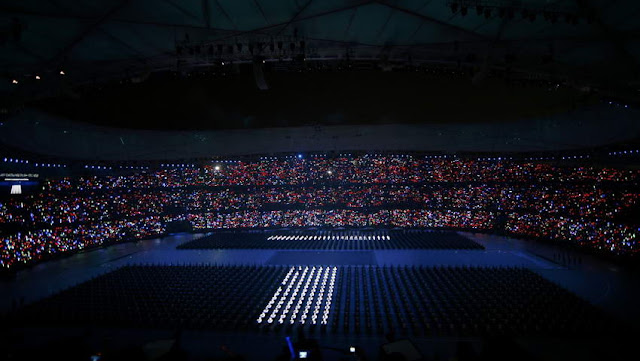 Here is the table of Chinese characters and numbers:

The interesting entry level characters are one, two, three. Chinese is simple enough to have one stroke as one, two horizontal stroke as two, and three strokes as three. (See more explanation in my article “Chinese Characters“). Stop here, since four is not four horizontal strokes.

I believe most people may have recognized what this is: 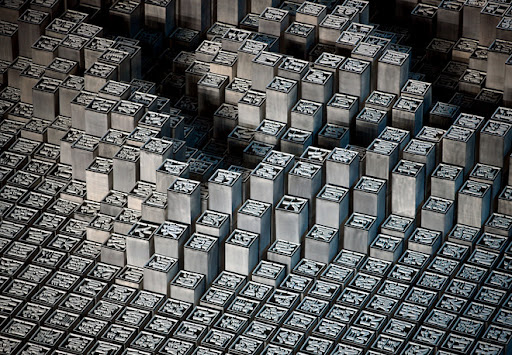 As shown on the picture above, on top of each pole are a reversed Chinese character. If you haven’t seen Movable Type by yourself, you can imagine it is a huge Chinese typewriter. English only have 26 letters with upper case, and lower case, and some symbols. An English typewriter may have less than 100 different types. A Chinese type writer that we use contains thousands of characters. The Movable Type technology was invented in Song Dynasty in the year of 1040.

This article continous here: The Chinese Elements in the Ceremony – Part II

5 thoughts on “The Chinese Elements in the Ceremony”