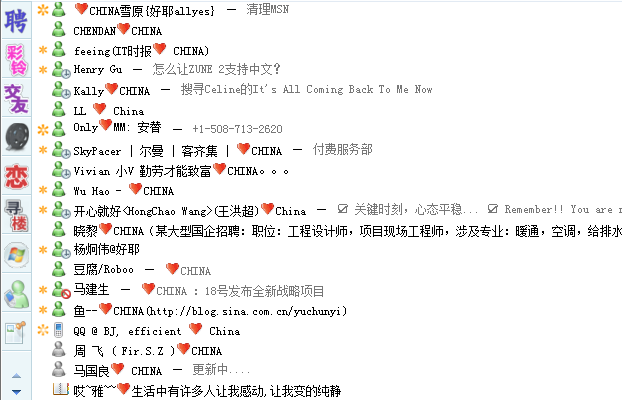 Due to limitation of screen copy, this is not a complete list yet. The heart and China was inputted this way:

I just want to share with my friends on this blog about the reality, or to be more exact, about the reaction/perception of what happened in London and Paris. People may evaluate about the result of the protest. It is the time to find a way to communicate a message that is acceptable by the Chinese people. I heard a lot of criticism about the perception, but I only see "different", not right or wrong.

We have had great discussions about this issue in the last few blog entries. I am going to provide more report on what is happening in China. Since this blog is in English, its propose is mainly to help people outside China understand the feeling of people in China, and understand China as a whole better. Although it also serves as an important window for people in China to understand what is in the mind of people outside.