During the SARS period in 2003, I wrote an article Protect China – Not Only From SARS. Just as I am not a big fan of CCTV, I am not a fan of the CNN or BBC. I am not new to incorrect media report from western media, especially BBC (I was quoted by them many times, and the last time was like this).

As far as I remember, the last time BBC quote what I said was on its Chinese homepage: "Chinese Netizen: We can Say Whatever We Want to Say", and in the article, they said:

Chinese famous blogger Wang Jian Shuo accepted BBC’s English interview after the Chinese Blogger Conference. He believe the journalist misunderstood his meaning.
He criticized BBC for getting words out of contexts, use the edited sentence to get a misleading conclusion.
He pointed out, that even though you said "no comment", BBC will say "You are under political pressure (and don’t want to comment)".
Wang Jian Shuo also wrote on his blog: "Obviously, this is no censorship on this blog, and I can say whatever I want"

The original blog is there untouched since published, and find out the whole picture. I quitted the discussion with BBC, since one is using the power of a strong media, and I am fighting with my small blog. I am sure my name is in their database, and I am often called to ask for live radio broadcast of BBC, which I all rejected.

Not only BBC. Many media love to cut things out of context – pretty understandable in news report due to limitation of page, but if you use the cut version to tell a different story, that is another thing.

I am sharing some screen shot created by netizens in China, and I quoted from anti-cnn.com. I am not sure why but everyone seems like Nepal police more and all use their photos to report what is happening in Tibet. 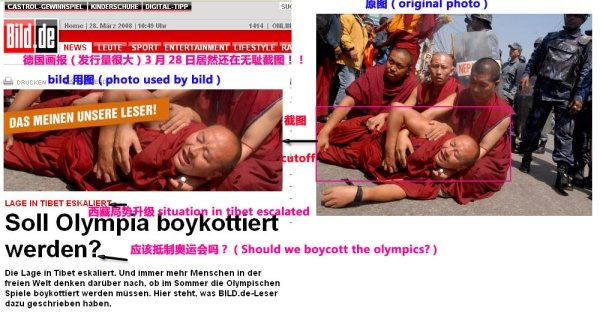 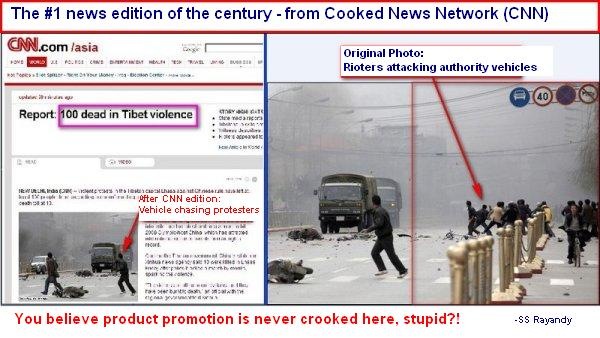 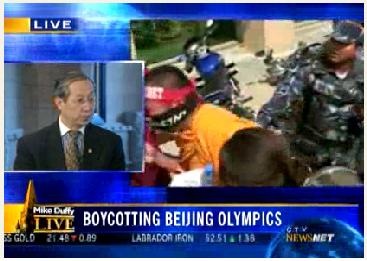 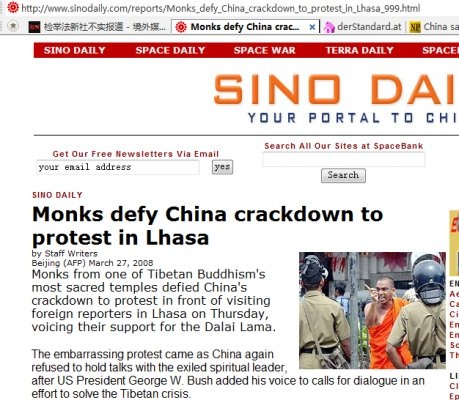 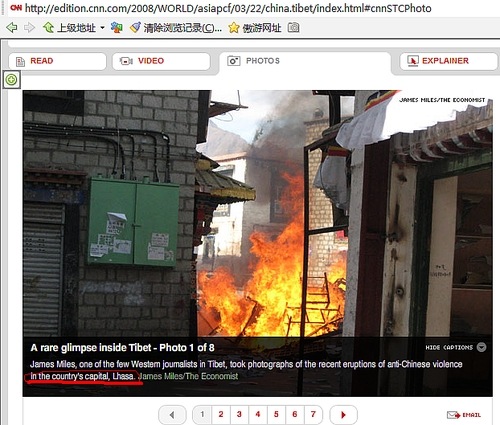 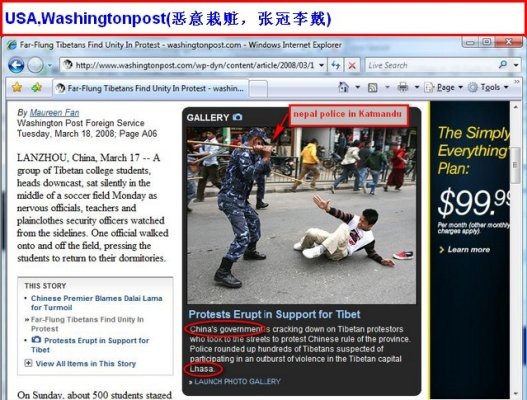 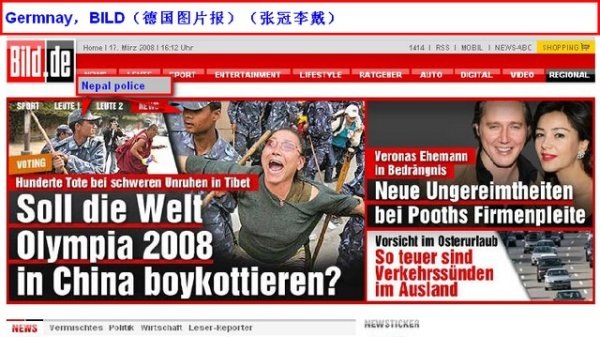 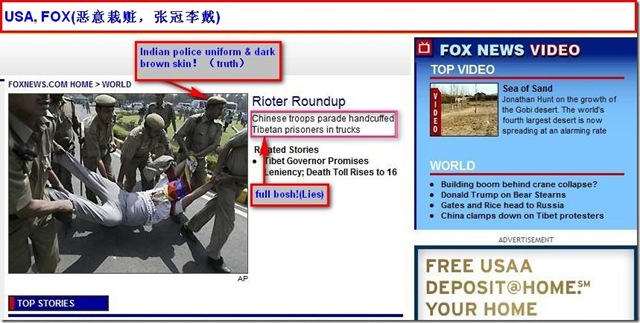 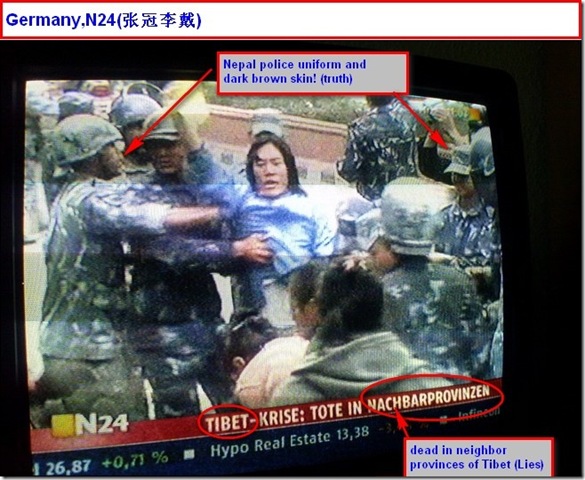 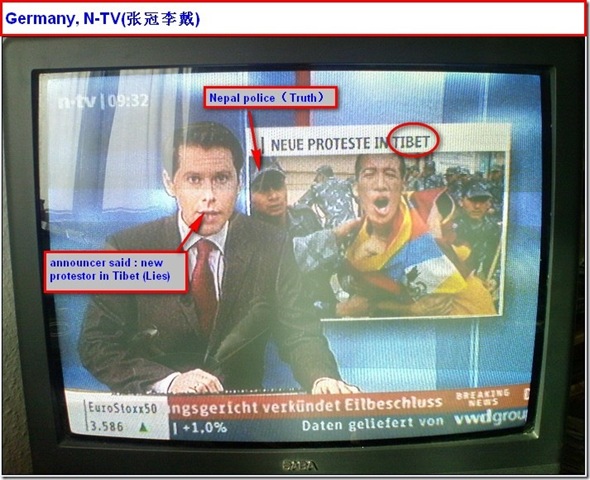 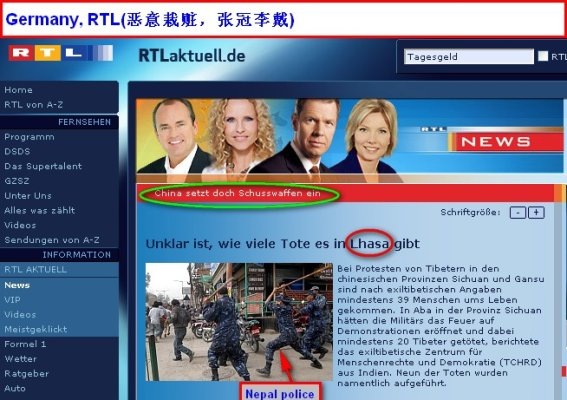 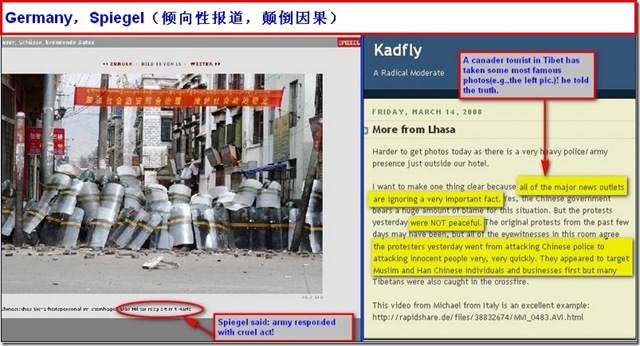 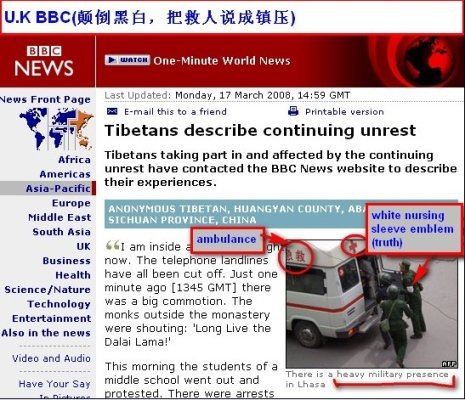 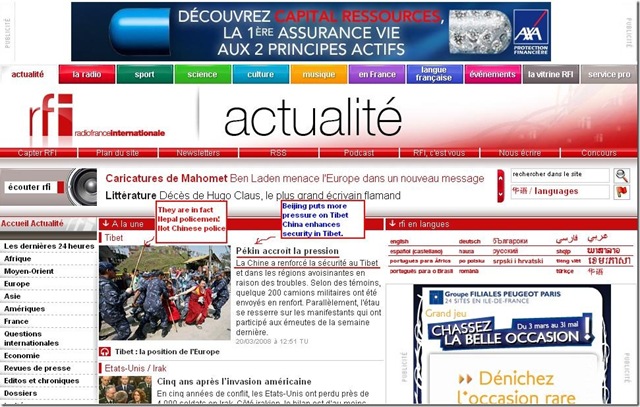 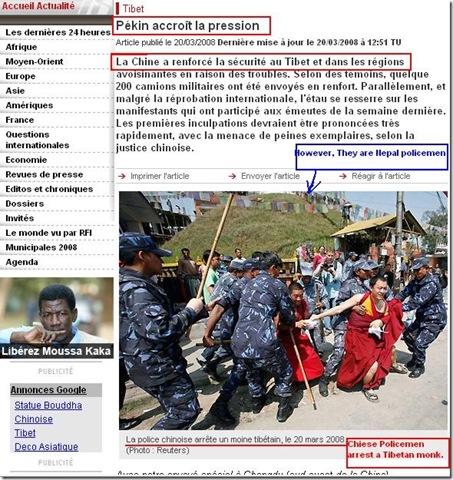 76 thoughts on “Error in Western Media Report about Tibet”