This is the part a series travelogue after my U.S. trip at the end of 2004.

Neither The Phantom of Opera in Broadway, nor The Lion King in Paramount Theater, even the Nutcracker in the Lincoln Center surprised me as much as the grassroots art I saw in Seattle. Of cause they are wonderful shows, but my expectation are as high. What I didn’t expect is, at the dirtiest and hard-to-find old abandoned building, there are some artists playing drama tirelessly, and the standard is as high.

One night at Seattle, I decide to go to theater. I checked website and found any interesting show. Although the name seems too sexy, the introduction on their website indicates they are serious artist.

I hesitated quite some time before I entered the building. The condition is miserable. It seems to be an abandoned building nobody live in. It is near the viaduct so it is very noisy at night. Later, I discovered at different floors in this building lived photographers, play writers, and painters. The theater was on the second floor. 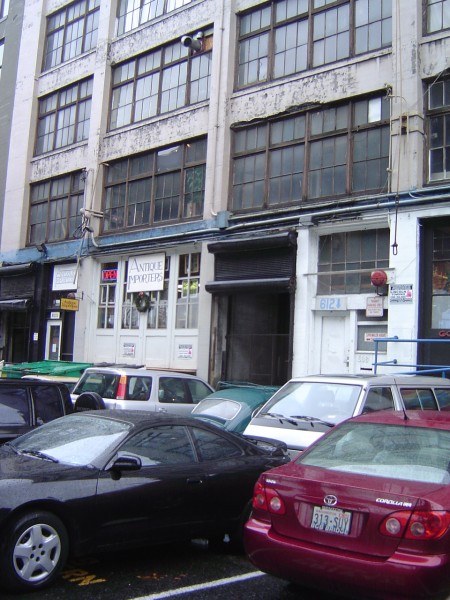 This is the stage. They are very professional lighting and audio system, although there are no many seats for audience. 10 persons attended the show that night, and I heard it was among the most crowded show. It is amazing that the performed seriously every night for audience that may be as little as 2 or 3 persons! 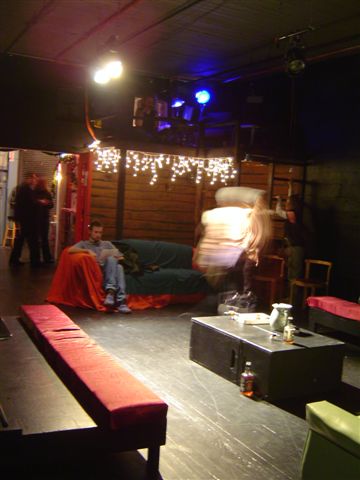 Photo in courtesy of Live Girls Theater. Taken inside the room with permission from the theater owner

Two actors and two actresses performed the one-act play three times according to the three writer’s scripts with the same characters. It was more like an experiment and very interesting. I admit it is a big challenge for my English listening comprehension. I didn’t catch all the details but some scene repeated in my mind the days after.

Another great discovery was the secret gallery beside the backstage of the theater (well, they called it theater, which is so different than my previous concept of a theater). The painters or the photographers are normal people who claimed themselves to be artists. It is very inspiring that art is not something we can only find in MoMA or Louver. An big empty room like this works great for displaying personal pictures. They put price tag to the art work so people interested may buy it. It seems more like donation than a deal for these no-so-well-known artists.

The following pictures were taken inside the gallery (with permission). 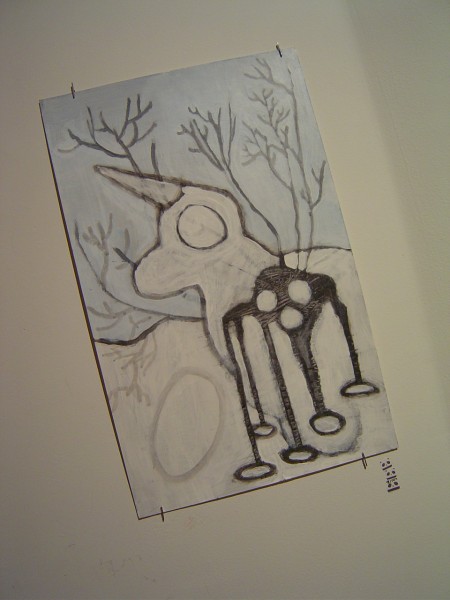 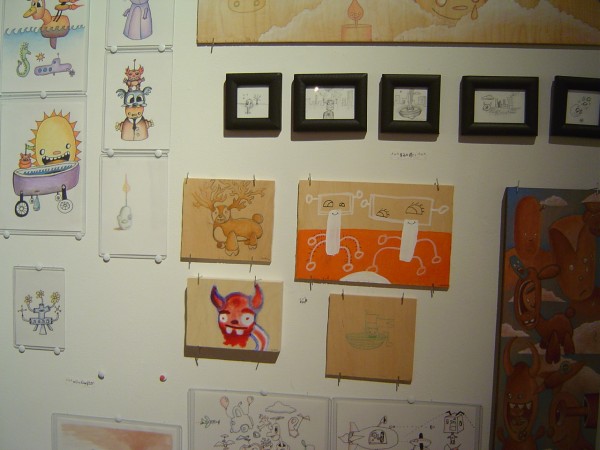 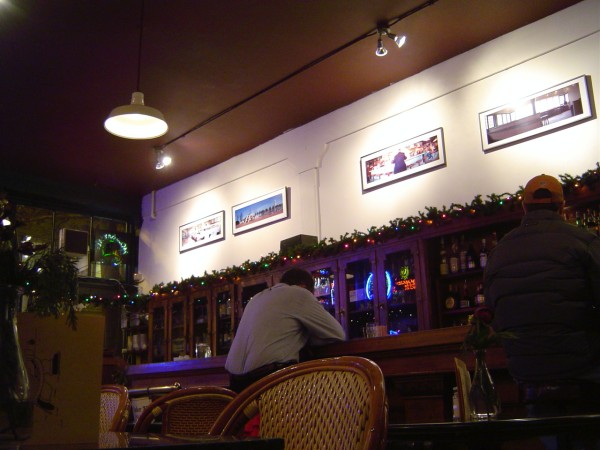 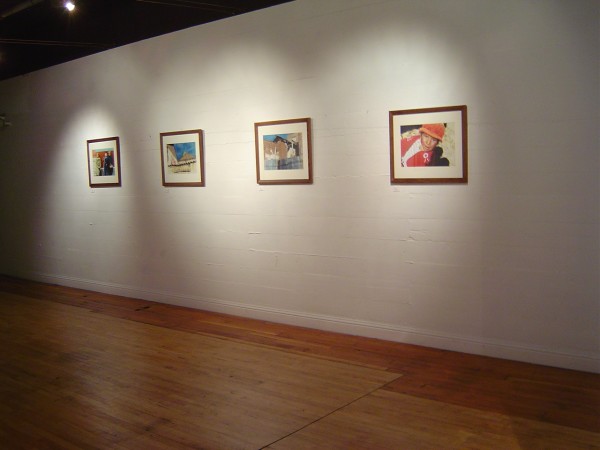 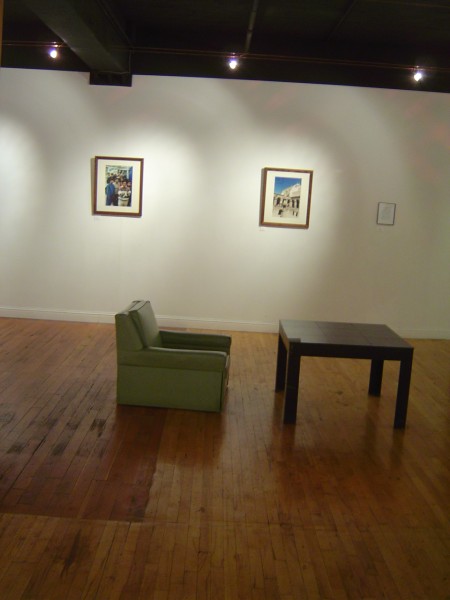 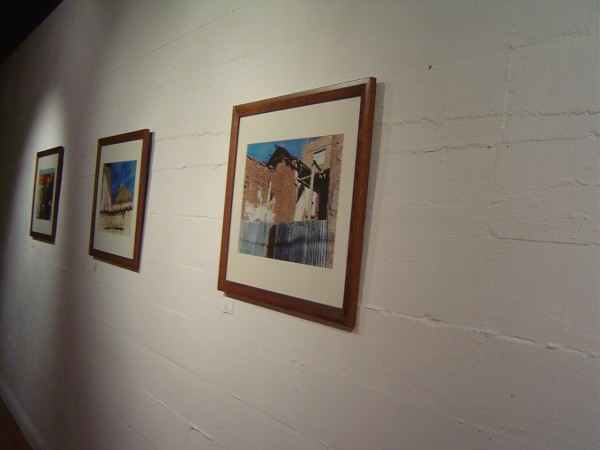 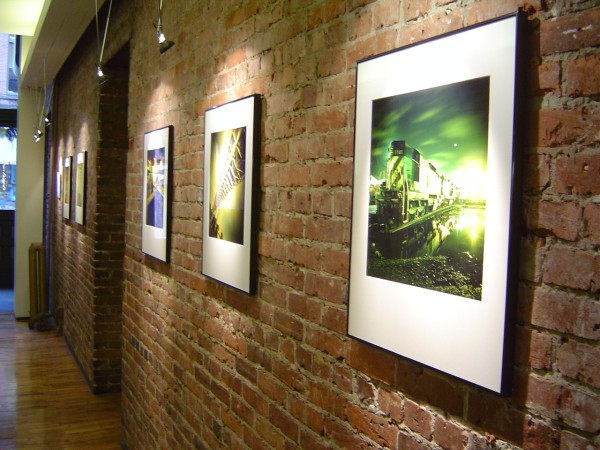 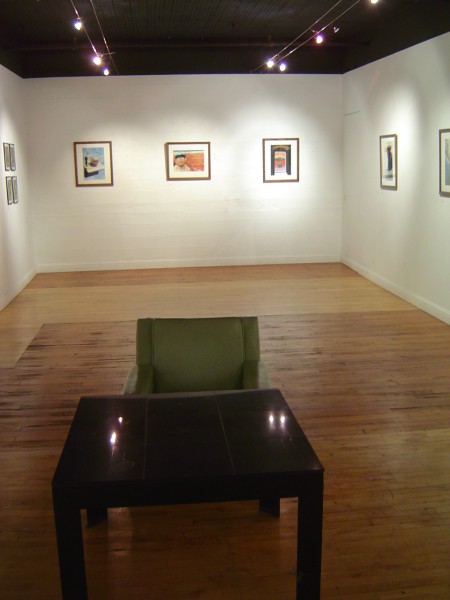 This is the strongest feeling I had everyday. Imagine a city that has both proven-successful art and grassroots art equally prosperous. At the same night, while Lion King performs in splendid and historical Paramount Theater and well-known painters have their work displayed in SAM (Seattle Art Museum), shows like the Live Girls and painting like those displayed in the gallery also exists. This is quite impressive for me. In Shanghai, I seldom visit any place related to art. This trip changed me a lot. I know there are also lots of art activities in Shanghai. I just didn’t spend time to discover it.

Later, when I visited Chicago and New York, the feeling of art got stronger and stronger. More and more painting like graffiti (thanks Amy), street singers, metro players, but the shock they brought to me didn’t go beyond the experience in Seattle.

9 thoughts on “Grassroot Art in Seattle”