In this year, I got married, held the big fat wedding ceremony. I didn’t have any long trip (like Daocheng of last year), but I paid short trips to nearby areas. It sounds crazy to cycle to Taihu, Chongming, Tongli, and Pudong Airport. I also visited some unuasual places like seashore, 30N 119E. There are still some Starbucks stores I didn’t visit this year yet. Maybe next year…

I learnt to drive and got my driver’s license this year. I had good time to drive in this large city.

This year is a bad year for China. SARS, fire, the taiwan’s election and the blowout of natural gas… all claimed many people’s life. 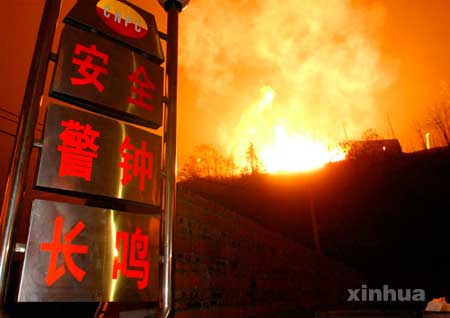 Image courtesy of Xinhua via Sina.com

The year of 2003 is also a bad year internationally. The Iraq war, mad cows, the Iran earthquake… bad news after bad news. 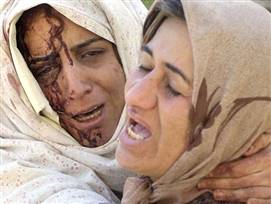