I took one day sick leave at home. It was a short pause after the long week, if I count the two intensive day of driving last weekend as working days. :-)

It started to rain from this morning in Shanghai – actually not only rain – it was very foggy from 11 PM yesterday night till this morning. All express ways of Shanghai had been closed. Even the National Road – the lower level of highway are closed. This does not happen frequently. Not to mention the closure of the two airports. I learnt this from the newspaper when I was buying my lunch at C-Store downstairs. It was the headline of the local Youth Daily.

It was exteremely cold outside. I only wear a T-shirt inside and a coat outside. After lunch, I went to the street. Although it was still raining slightly, the Charity Lottery organizer lined their tables up in the square in Tianlin. The high volume speaker repeatly annonced the new award winner of 100 RMB – the big price is 300,000 RMB each for 24 persons. I smelt the sense of money in the air. Many people rushed to the tables and put their money in, dreaming to get the 300K. 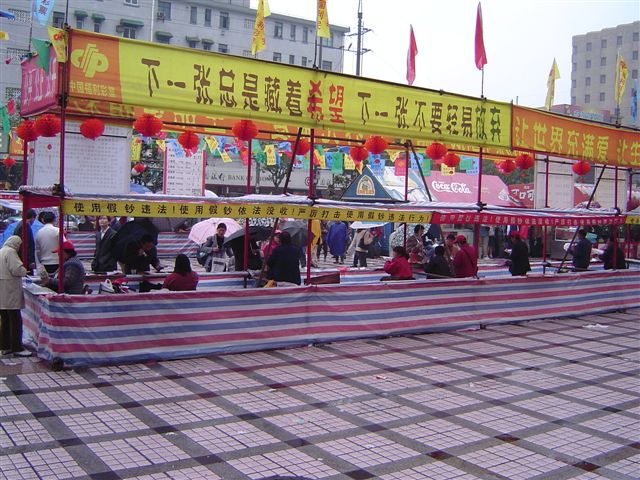 I got on board a bus No. 830 and it took me northward the city. I don’t know why but I fall deep asleep on the bus. I woke up only to see myself in a completely unfamiliar area that I never being. I get off the bus and got into the coldness again.

It was a busy town there. There was even a Hymall there. Thousands of bicycles and cars were taking their ways to home in the rainy cold afternoon. It was totally a mess. At least, I saw the elevated railway – it is the symbol of Metro Line #3. I know if I walk along the rail and I will get back home. It is intesting that I never felt into a situation like this – cold, alone and in a strange place.

Walking along the elevated railway of Metro Line #3 for about 10 minutes, I finally found a station in dark. It is the Zhongtan Road. Station next to the Shanghai Railway Station. I extended my hand into my pocket and touched my camera – I often took it with me when I get out – who knows what interesting things happen around me? It does not hurt to take it with me. 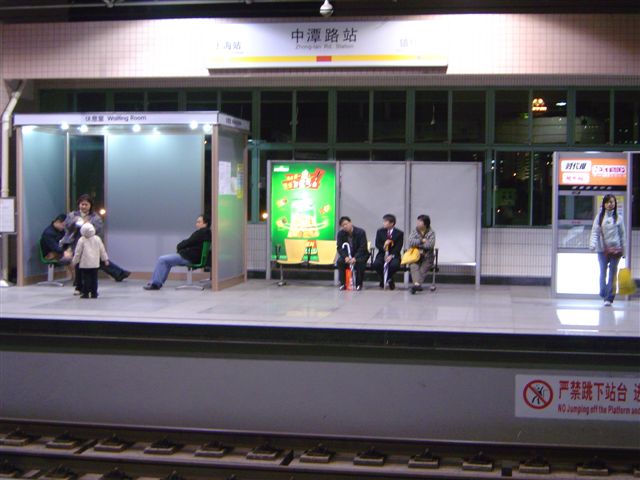 I love the color of the train for Metro Line #3. It is dark blank – very cool color. The train looks more modern than those running in the tunnel of Metro Line #2 and #1. The head looks like a bullet – something similiar with the MagLev. 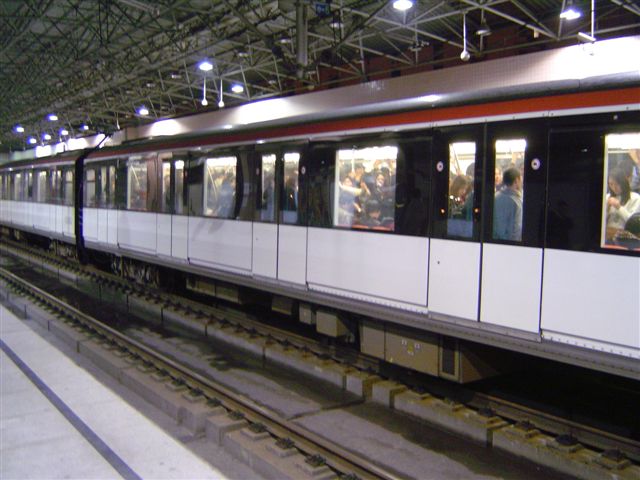 Look inside – it is much warm. I was so glad that I finally get inside to enjoy the short warm room before I get back to the cold dark night of Shanghai again. 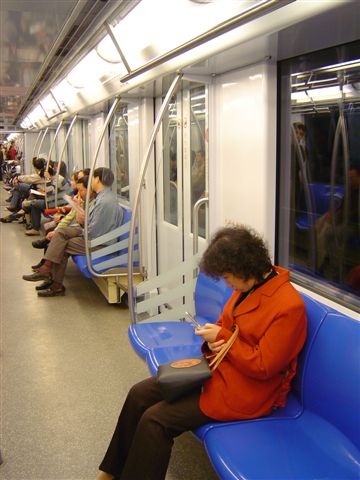 The impression of the day is cold for me. It was also an interesting day though.

4 thoughts on “Wandering in the Rain”