Wendy took a photo of rush hours on Huashan Road. Look at below:

That is the bonus of living in a big city.

The Founding of a Republic

Wendy and I went to theater to see the movie The Founding of a Republic – the politically important movie. It is about the beginning of the domestic war and the end between 1945-1949, a movie to celebrate 60 anniversary of the People’s Republic of China. 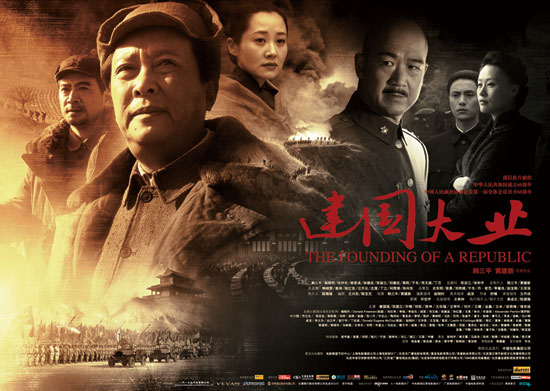 My comment? Well, better than expected, since for the first time, it tells the story from two side – the KMT side and the CCP side. For most of the time and event, I take it suspiciously. I am not for sure which part is fake, but my tendency of thinking is, there are many facts altered from the history. Just need to spend more time to dig into the details of that 3 years. Actually, the movie raised my interest in recent history again.

For my readers outside China, there is something so funny for the movie. The 135 minutes long movie accommodated 170+ celebrities in China, with most of them only have several seconds to show. Famous star like Zhang Ziyi only also have about one or two sentence in that movie. That added some humerus factor to this movie.

7 thoughts on “Photo of Rush Hours”