Remember the painful move decision I made in 2004 about moving from Puxi to Pudong? Then look at what I observed at that time (that is, OMG, 5 years ago):

No Restaurants, no entertainment

What does Pudong looks like in my eyes after 5 years?

I climbed to the top of one building in the area where I live, and took the following three photos:

Below is a mixture of villa area and high raising buildings: 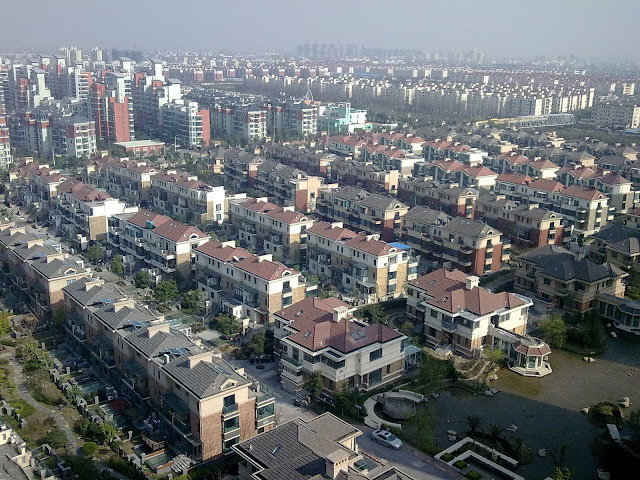 Below: A new move is, almost every room in the building is occupied by people, instead of empty houses many years ago. It is not easy to identify a room with no people living in there. 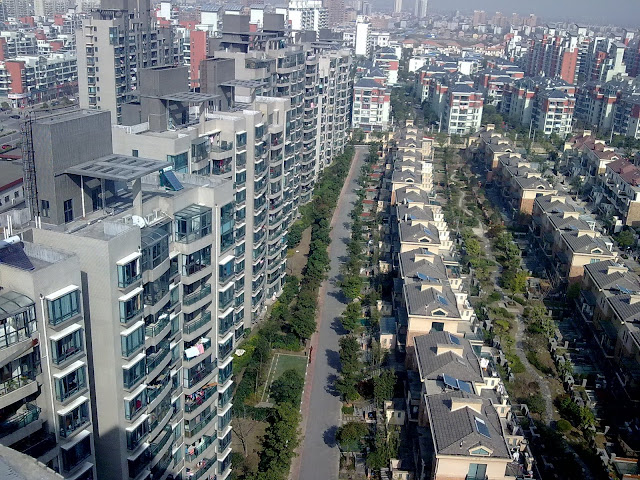 See the blank area further than the park? It will be another round of high raising buildings. 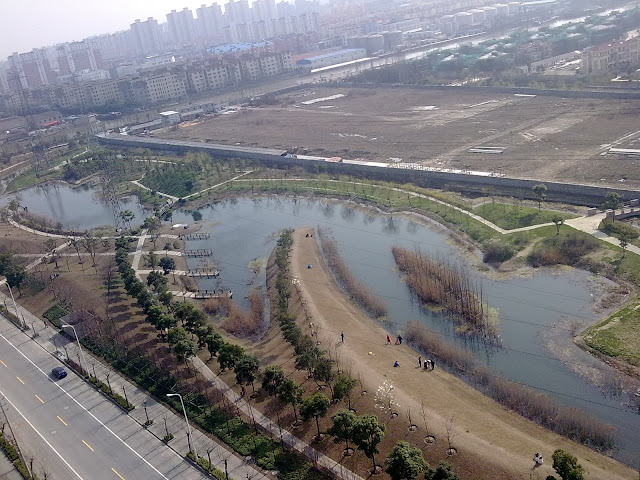 Do you still feel it is the same Pudong as I described 5 years ago? It is very like another Puxi, at least by both the number of high-raising residential buildings, and the population density.