I am in Cixi, Ningbo City, Zhejiang Province, to attend a media and advertisement conference of Pudong District. A conference organized by Administration of Industry and Commercial. To be fair, the government doing real business is wonderful, and I enjoy the conversation with them, and they did great job! I have to give my full acknowledgment to them.

OK. Then I get back to my main topic. We used the Hangzhou Bay Bridge, as I promised, I will post picture of the bridge on my site when I visit it personally.

I had high expectation for this bridge, but my own experience told me, no matter how significant the position of the bridge it, it is still, just a bridge, a longer bridge. I mean, on the bridge, you just feel it is a normal highway, and there is no significant spot of interest there. 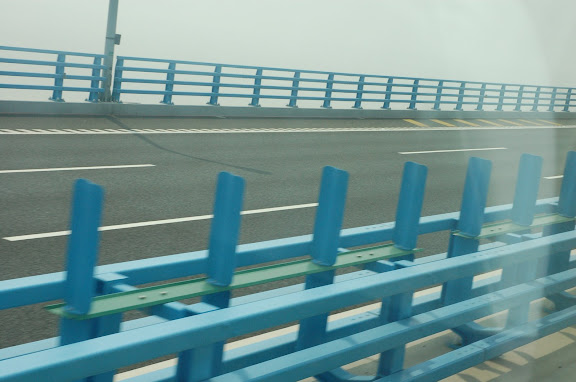 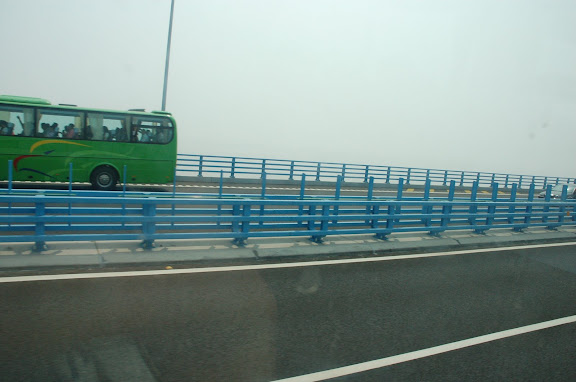 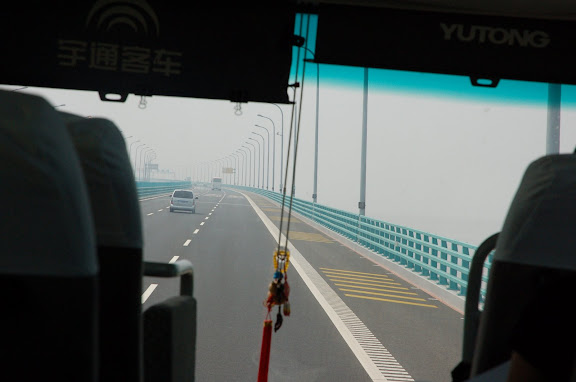 Below is the only thing attracted my attention during the 20 minute tour: 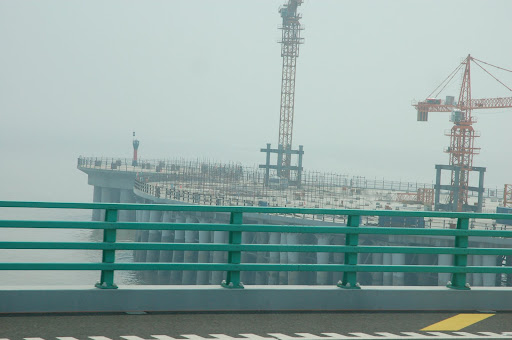 It is still under construction. It should be an emergency helicopter parking lot.

Obviously, the opening of the bridge is a very big thing for cities on the south side of the bridge, a much bigger news than it is to Shanghai.

In Cixi, you can see this image everywhere: 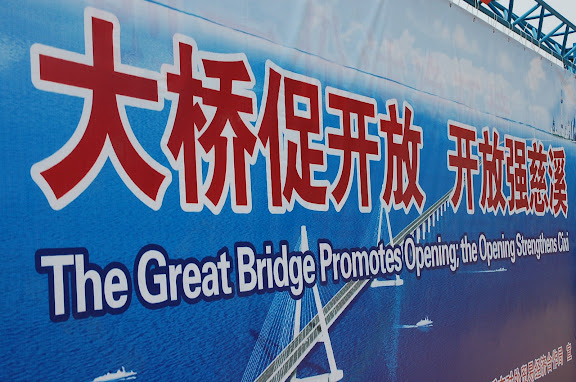 On the bill board writes: “Bridge promotes Opening Up, and Reform Makes Stronger Cixi”.

A bridge did change the fate of many cities, like Cixi and Ningbo a lot, and it also changes the life of people on the south side of the bridge, as well as on people on the north side. I am very confident that mega projects like this will push the economy of China foreword.

For example, in the area of the Cixi new district. I see many buildings are under construction. Without the bridge, there is no point that we come to this city for a meeting, or they build so many office buildings and hotels.

Hope you like the photos of the bridge. I am sorry that I was not able to show you a bird view of the 30+ km bridge, since I took bus instead of plane anyway. From a bus rider’s experience, it is nothing more interesting than a longer bridge. Really!