After many bridges and tunnels, a new bridge over Huangpu River is under construction, without my notice. Today, in order to find a better route from our home to Zizhu Hi-Tech Park, where Microsoft is moving to at the end of this year, Wendy and I drove to the area, and found the huge poles of the bridge is already almost completed.

The East Side of the Poles 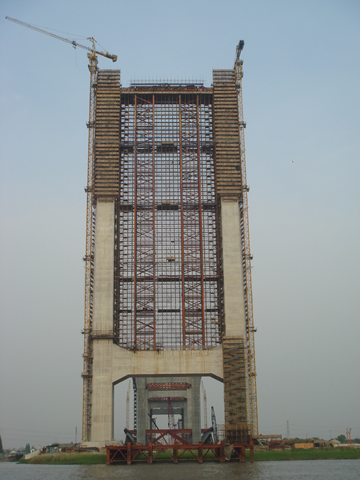 The West Side of the Pole 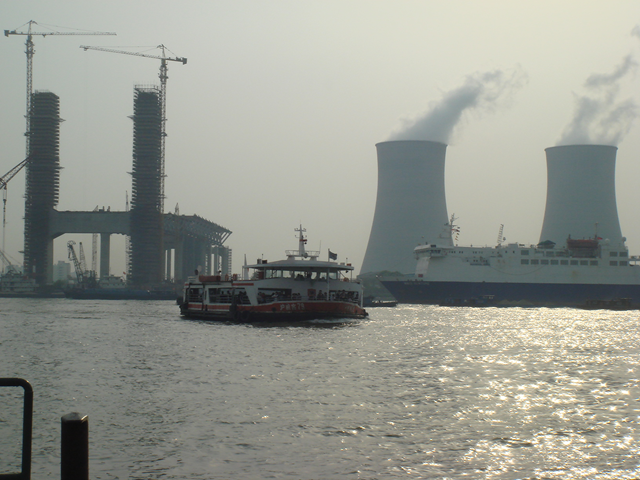 The Huangpu River in the middle – this is very different scene from in the Bund section. There is almost nothing on the east bank – Pudong was like this 20 years ago. 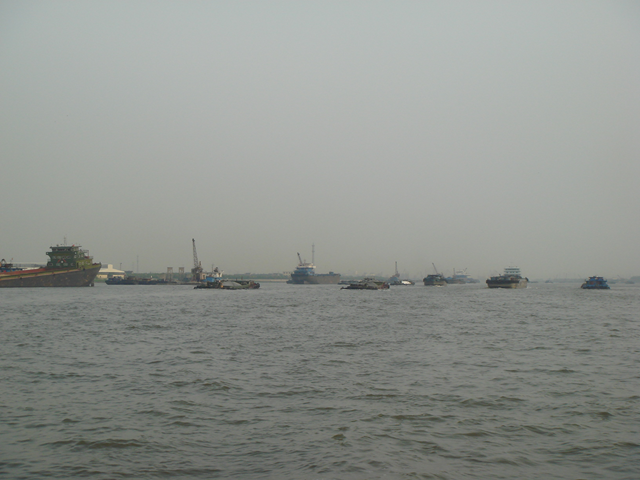 The Minpu Bridge will be a double-layer bridge. As you can see, the bridge is already in the shape of two levels. Since they need to build the bridge, and the arches anyway, to make it double-deck is a good idea. 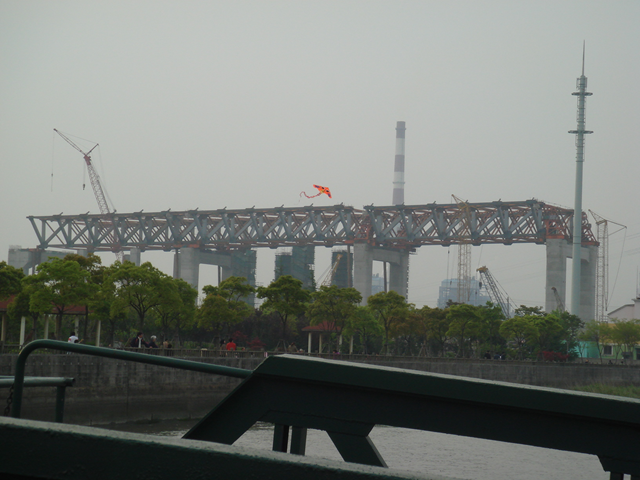 Under the two bridge poles in Pudong and Puxi, a ferry line connects the two ferry station, with a ferry every 20 minutes. On the ferry, they also holds 5 cars in it, so I can drive to one side and pass the bridge with my car on the ferry. 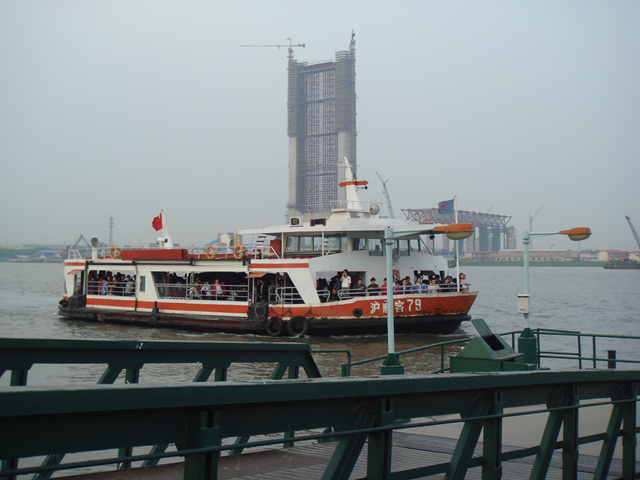 On the Puxi side, the area is mixture of huge bridges, large cargo port, and the Wujing Coal-Electricity Power Station (highly polluted) with its two huge cooling-stations. (Pollution is another topic we discussed before). 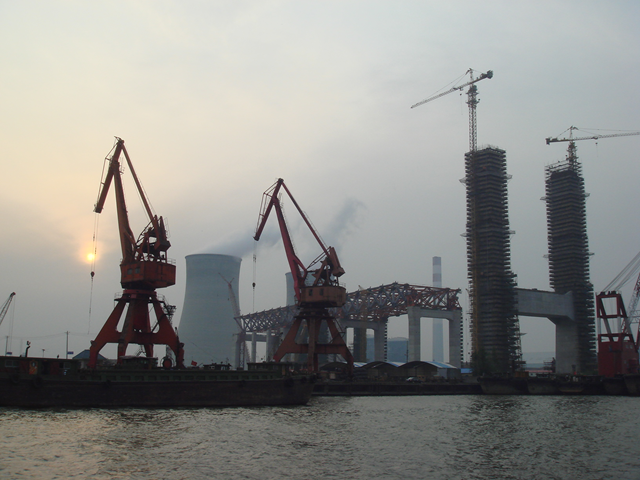 The bridge started construction 2 years ago and will be completed in 2009. It will be the seventh large bridge on the Huangpu River. The other six bridges over Huangpu River are:

The top level of the bridge will be part of A15, an expressway from Pudong Airport to Zhejiang Province, and the lower level will be like Nanpu Bridge or Yangpu Bridge – for local traffic.

I am looking forward to posting more pictures when it opens to traffic.

6 thoughts on “Minpu Bridge Under Construction”