Don’t be shocked by the firm tone of the title. Well. I would say, my three most favorite places in Pudong for coffee or dinning.

The Decision Making Process of Moving to Pudong

When Wendy and I bought our current apartment in 2003, many places in Pudong seem empty (except the Lujiazui area) while all of them seem promising. We choose somewhere that is, basically a suburb area,  AND is promising.

I wrote many articles about the moving to Pudong 5 years ago, and the articles so many that I created a category for it: Moving. Here are the articles:

I already said: "Bye Bye, Pudong", and "Continued to Seek for an Apartment", but finally decided to move to Pudong so my "Life in Pudong Started". If you are interested, maybe you can use the time-back machine (my blog entries) to understand why. 5 years past, when we reviewed our decision, we can see it more clearly.

Pudong Develops but Area by Area

The first one is the Biyun International District. The shops and restaurant near the football court is great. 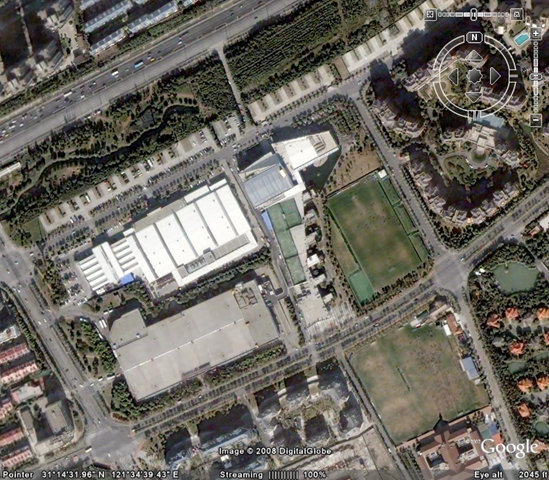 The second is the Liangyang Neighborhood. The Thumb Square is an emerging center in Pudong. There are hotels (Radisson) and restaurants, and shopping centers. My favorite – very rare in Shanghai – they also have a Zendai Museum of Modern Art. 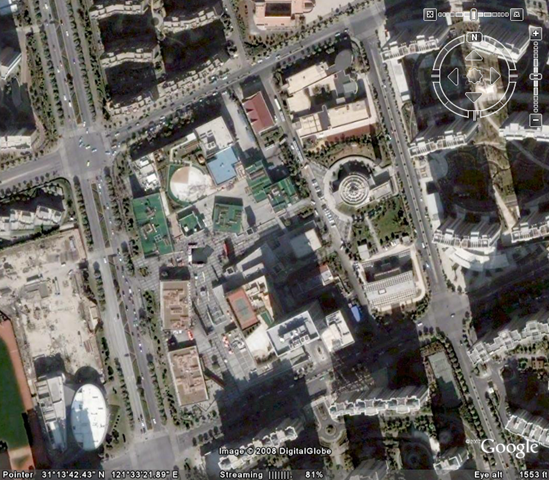 The third is just opened. It is Jinyan Road, on the other bank of the River (Zhangjiabang River) of Shanghai Science and Technology Museum. A Starbuks coffee was opened one month ago, and become the nearest Starbucks for me. 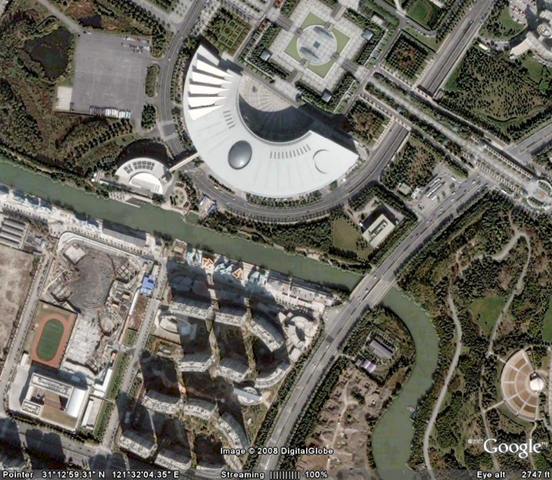 There are many other areas in Pudong that are nice, but these are the most frequently visited places for me. Hope you like it.

There are three things in common in this three neighborhoods:

With the World Expo, maybe, the south bank of the Huangpu River may start to boom, and with the plan of a new commercial center one block away from my current apartment, I hope another "nice neighborhood" start to grow near where I am.

5 years ago, there are no such places in Pudong, and now, it turned to very good and promising places.

In the next 5 years, I hope not only more and more buildings were built (I don’t want to see it), there should be some good "neighborhoods". This term is not familiar to many people, but with the emerge of the nice places I mentioned above, people may start to love the feeling that a place is not only building, but there are streets like I showed, and there are LIFE in it. I am looking forward to seeing more "raising stars" in Pudong.