When I heard of the idea to build a bridge crossing the Hangzhou Bay, I was pretty shocked – to build a long bridge and cross the sea seems to be a joke when I first heard about it. I remember it was just few years ago.

The Hangzhou Bay Bridge is going to open to public by the end of April.

The bridge, starting from Jinshan in Shanghai and ending at Cixi in Ningbo, crosses the Hangzhou Bay, and connect the two important cities in China – a bigger one: Shanghai, and a smaller one: Ningbo. This bridge is 36 km in length (still not as long as the Donghai Bridge, which is 46 km), however, it is still the longest sea-cross bridge in the world. It cut the distance between Shanghai and Ningbo by 120 km, by passing Zhejiang’s capital city, Hangzhou. Look at the Google Earth Image below: 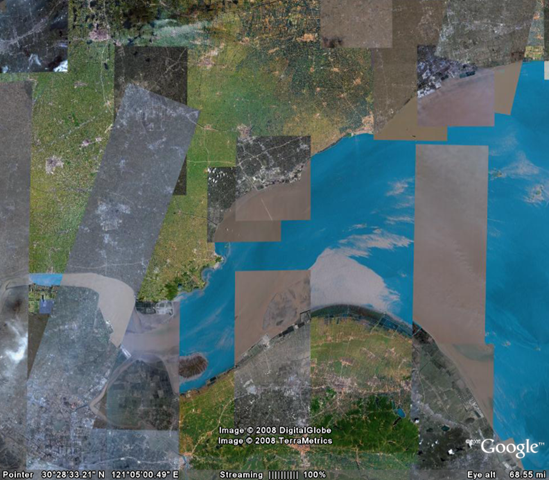 These images are not updated yet – how can people imagine the speed of huge projects like the bridge to proceed so quickly! However, from the updated tile above, we can barely see a white line, which is the bridge!

Let’s zoom in and you can see the bridge more clearly in the photo below: 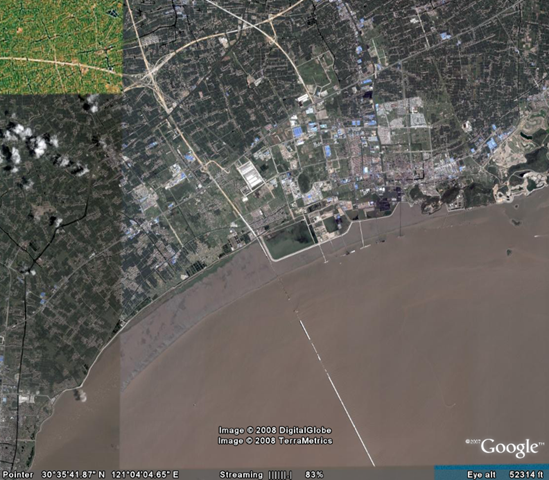 Continue to zoom in and you can see the poles and the bridge. As you can see, it is still under construction when the photo was taken. Now, it is already completed, and ready to be opened next month. For the third time, I want to say, time flies! 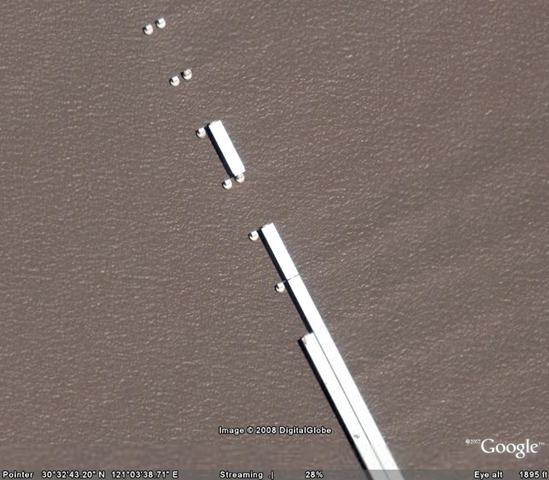 On the land, huge viaducts are being constructed as well. As you can see from this image, the constructor has huge ambition to connect the bridge to all kinds of destination they can. 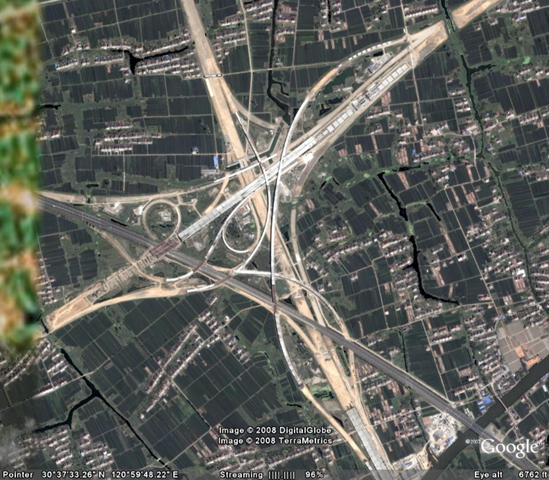 Looking Forward to Drive on the Bridge

Just as Donghai Bridge, it is exciting to see on the map, but may not as exciting to drive on it, I expect the driving experience may not as great as it sounds to be. However, it should be like a powerful money line to connect two of the important important economic powers of the Yangtze delta. It is also noteworthy that it makes Shanghai closer to the Beilun Port in Ningbo – a big thing for Shanghai.

With the completion of this bridge, the network of highway of Zhejiang and Shanghai continue to merge. I will put more attention to the high ways in the future.