I took the Luoyang to Shanghai flight MU2043 and safely arrived in Shanghai.

Luoyang is a small city. Around 12:30, I got on board a green CITROEN taxi – Citroen taxis are among the better class of taxis in Luoyang.

Luoyang airport is near the central of the city – about 10 km away. 10KM is a long distance in Luoyang. The road to the airport is very good, and more importantly, no too much traffic. 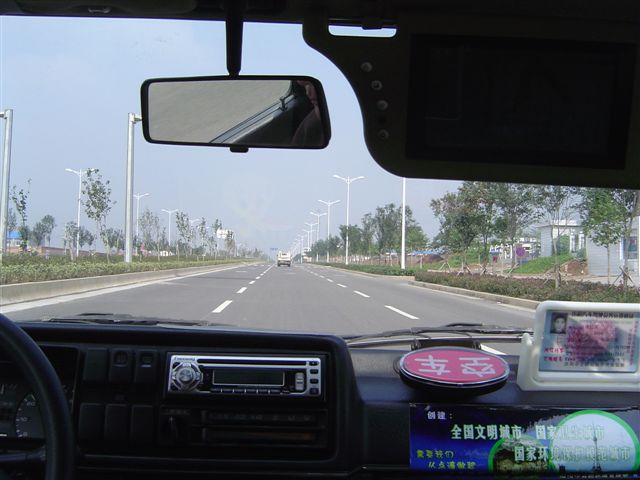 I remember when I was in primary school, we visited the airport – in my impression, it was quite big, but now, it seems just like a normal building without many people.

The Luoyang government spent much effort and money to keep the airport alive – for a city with just more than 1 million population, it can hardly support the operation of an airport. The Zhengzhou airport is just 1 hour of express way east of the airport, and the tickets are much cheaper than Luoyang… That is the situation 80% of the airports in China have to face.

2 thoughts on “MU2043 from Luoyang to Shanghai”