I saw two workers were preparing to tow a red Santana because it was parked on a street (Xin An Road near the Huaihai Road). Temp parking is not allowed on te street. A policeman was nearby. 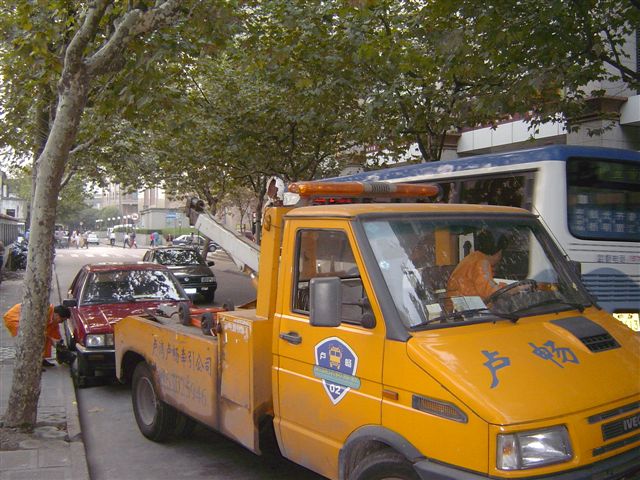 Within 2 minutes, the two workers went back to the trailer. The trailer went away with the roof light flashing. The poor car was towed behind it. The whole things happened within 2 minutes. 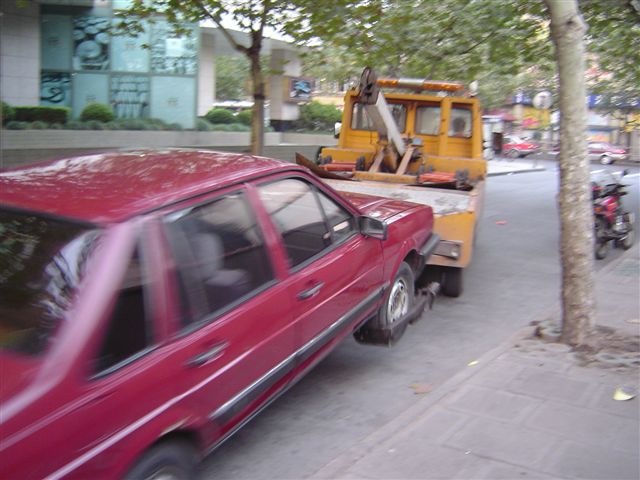 I was so amuzed to see their effecient work. The poor driver have to go to somewhere in the west part of the city (I heard it should be at the Long Wu Road, which is about 15 km away from the location the car was towed and there is no easy way to get there). A 200-RMB ticket should have been waiting for the driver before he/she arrives.

I work near that area now and every noon, when I finish my lunch, I walked by the streets and paid special attention to see if there is free parking lot in the nearby area. I considered parking along the road, but gave up the idea. It seems if I had parked there, my Goudaner would have been towed already.

P.S. BTW, today is BillG’s birthday, according to Scoble.

11 thoughts on “A Car Towed Away for Temp Parking”