Today, I celebrated my 5 year anniversay with Microsoft.

June 29, 1999 is the day I formally got on board in Microsoft after half year of internship. The 5 year gave me so much. I am lucky enough to enter a company that I love from the bottom of my heart.

The division I am working at hold a grant celebration party for me. Then I got my Microsoft Five Year Award. I’d like to show off the beautiful gift I was longing for quite some time.

Guess what is inside this box, which was shipped from Redmond, WA to Shanghai. 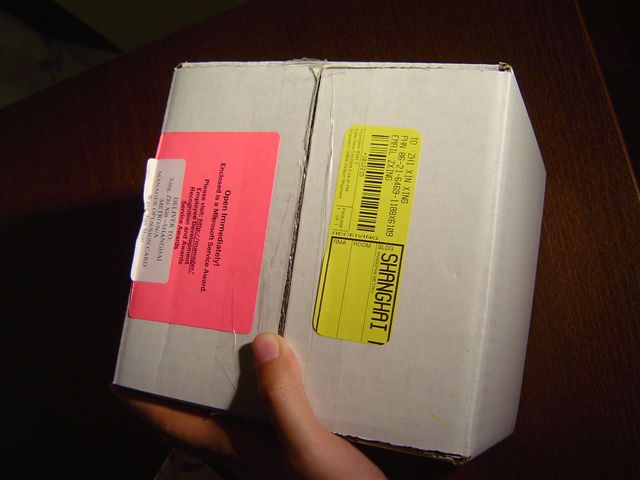 Let me open the mysterious box. 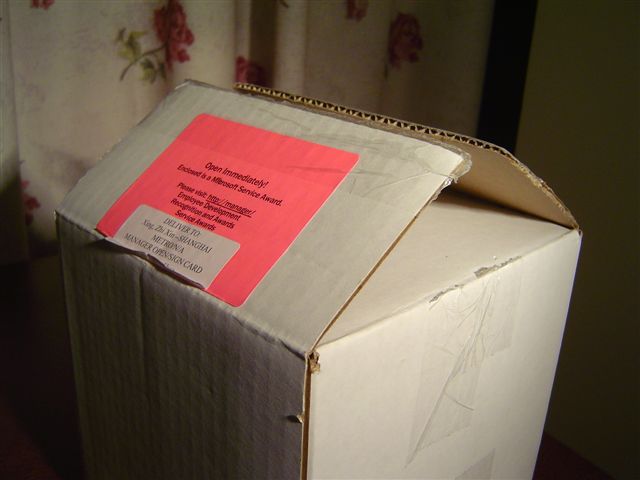 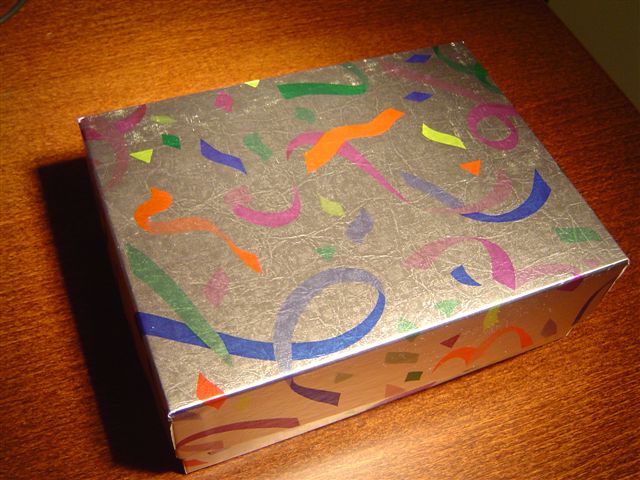 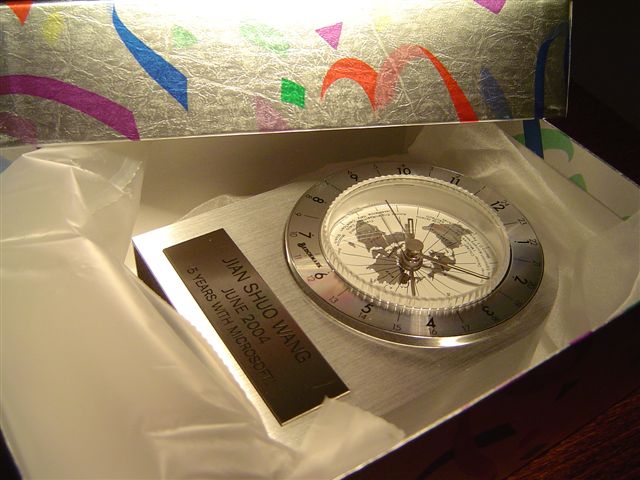 The Five Year Service Award is a clock. Oh. If the globalization team in Microsoft ever reviewed the proposal of sending clocks as gift, they will find it is not proper in China. “Sending clock” sounds the same as “sending someone to tomb”. :-$ So people in China never send clock as gift. Anyway, I can understand. I love the clock very much. 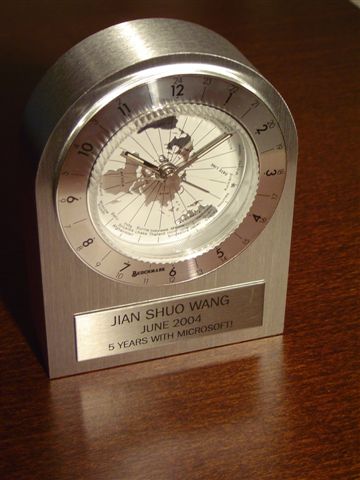 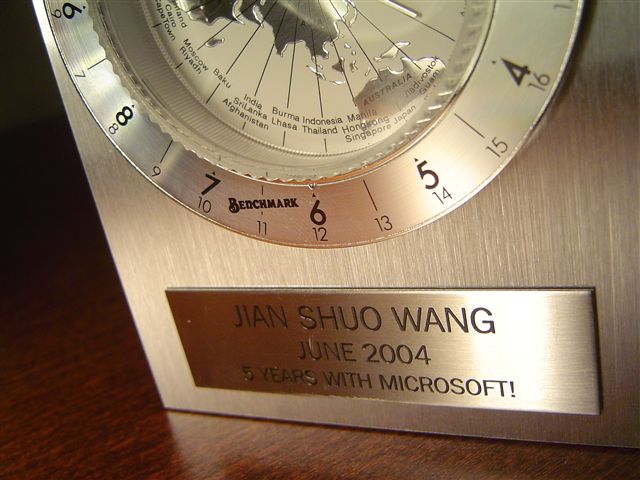 My name was printed on the clock. 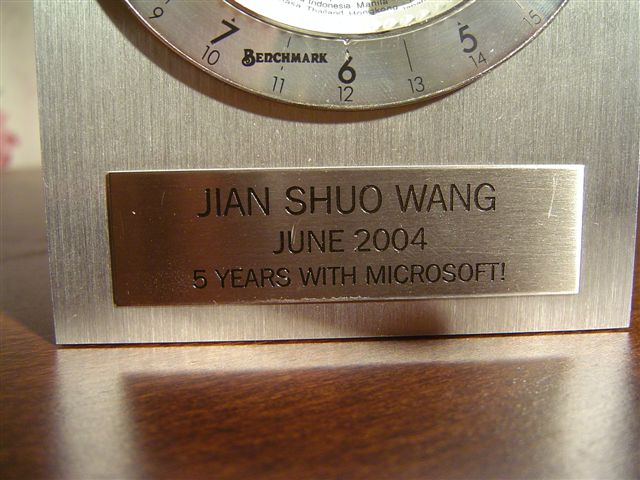 Five Year Congratulation Card signed by Bill Gates (by print, not by hand). 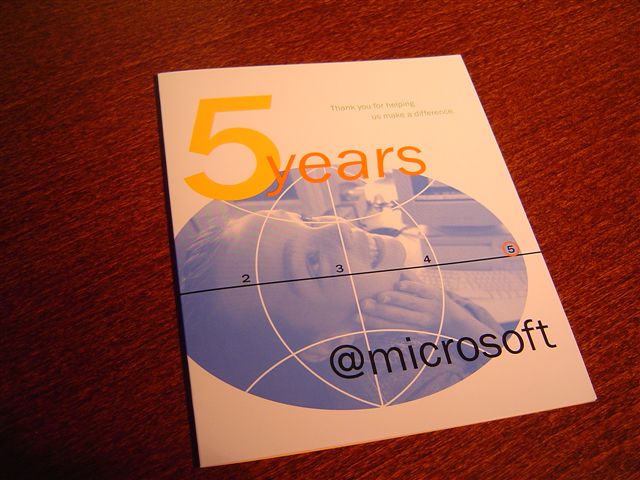 There is a plate. I assume I should stick it onto my shirt. 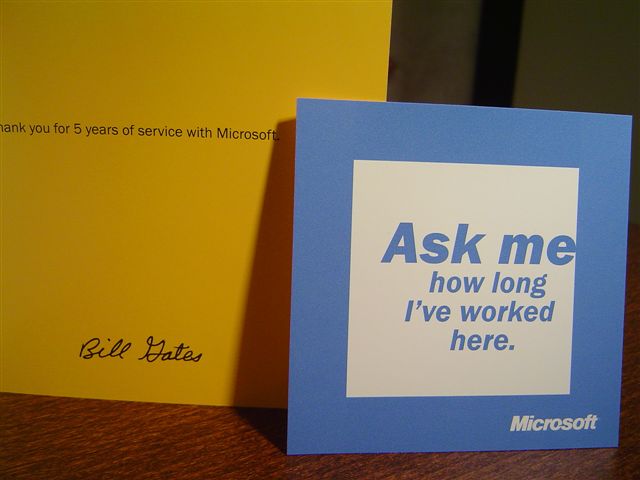 Eric helped to took some photos of the celebration party this afternoon. 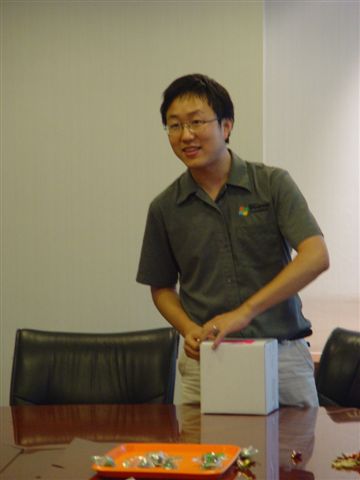 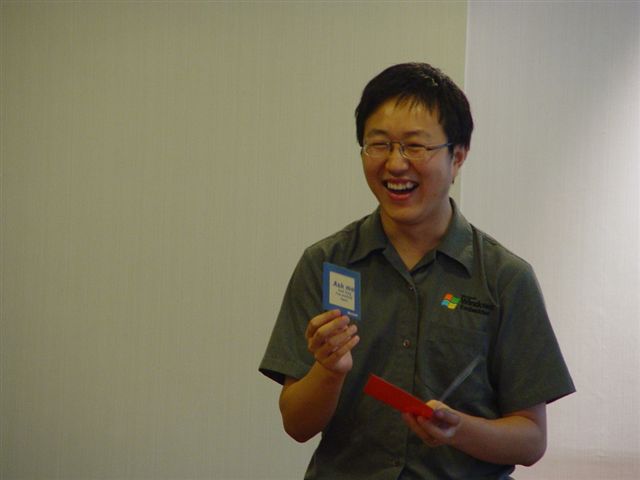 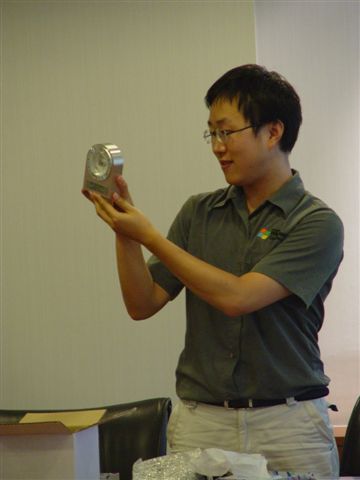 26 thoughts on “Five Years in Microsoft”