Wendy and I went to the UME theater at Xintiandi. The film is named Mona Lisa Smile by Julia Roberts.

It was the latest show of the day. It started at 11:10 PM. I am lucky to live in a city that there is a theater serving film as late as 11:00 PM. Of cause, we were really tired after we got out of the theater around 1:20 AM in the morning of today.

There are only 8 persons in the well equipped theater. So the film was almost exclusive for us. 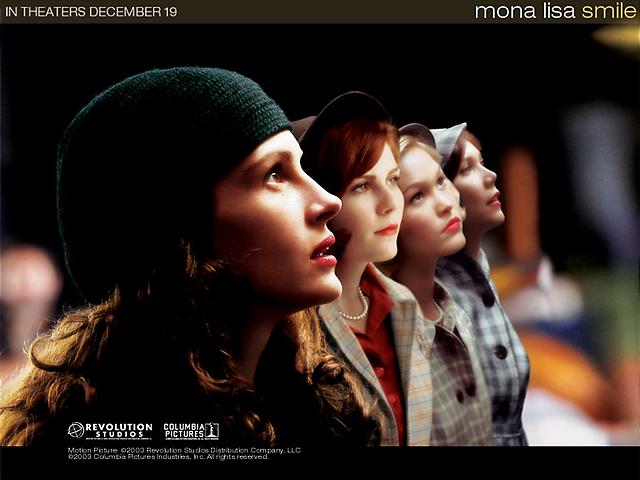 It is worth noting that many American movies are shown in original language – English – in theaters with Chinese subtitle. I often watch movies but didn’t watch any translated film yet. What does it mean? Is it an indicator of internationalization, or the lose of local language? I don’t know.